Google I/O was recently concluded and there were many announcements to be excited about. New mobile operating system, new mobile payment system (Apple and Samsung take note), free online media storage, improved offline maps and new virtual reality projects. While we can go on for days about how we love the idea of offline voice guided navigation on Google Maps or how Android Pay is going to go against the rivals, we are particular interested in where virtual reality is going with Google. 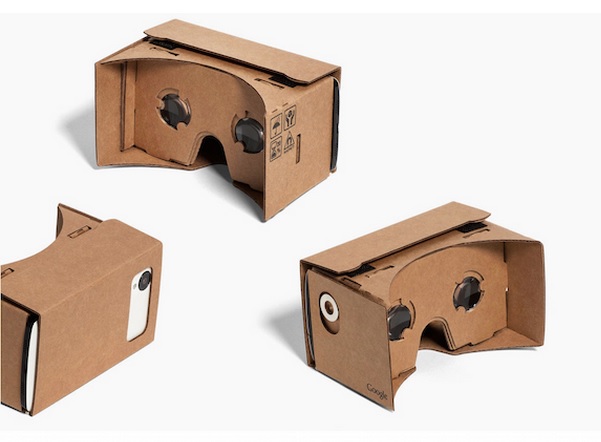 Most of you must be aware of Google Cardboard, a combination of cardboard, lenses, magnets, rubber band and your smartphone to provide you with virtual reality experience. While at first it appeared that Google was having fun with a trend, it turned out to be a serious move. This year they have released a new version which is simpler to assemble and can house bigger phones (well that was an obvious move considering the size of Nexus 6). Now iPhone is also supported with a new SDK and Cardboard app for iOS.

VR devices have been around for a while now but the real problem has been the content. It isn’t easy to create content for a virtual reality system. The equipment costs a bomb and then there is all the post processing to create content worth being consumed by the users. Google has taken the job in its own hands with Google Jump. It is an ecosystem for creating virtual reality content that would be easier to create and consume. 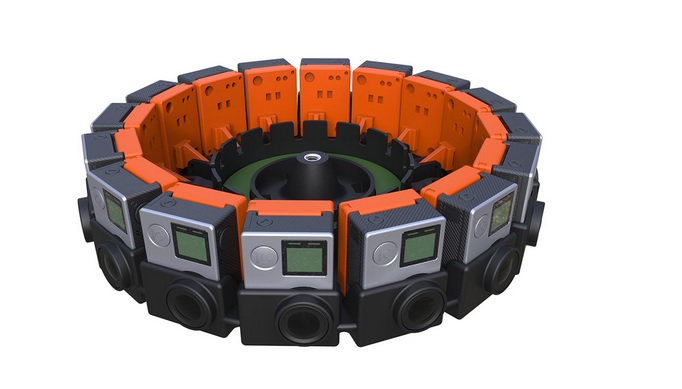 Google Jump consists of three simple parts. The first part is a camera rig they have made with GoPro. The good brains at Google did the maths and decided on a layout for the cameras. It consists of 16 GoPro Hero 4 cameras arranged in an array. Clay Bavor, Google’s vice president of product says that content creators can use other cameras as well but for now GoPro is on the job of making these rigs. Using some low cost cameras can bring down the initial cost (Xiaomi Yi maybe). The next part is Assembler. The raw feed from the cameras goes to the Jump Assembler which then processes it to create seamless virtual content. The end result will then go up on YouTube and will be viewable on any smartphone using the Cardboard.

Travel marketers have been looking at the option of virtual reality tours but the cost & accessibility has always been an issue. For viewing, you can pick a Cardboard viewer for under $20 or just make one yourself if you are a fan of DIYs (not a very easy one though). Samsung VR would cost you north of $200 for a similar experience. Google is trying to put a VR device in everyone’s hands here.

Until now luxury properties, travel agencies and destinations have been using videos and images to advertise. Google Jump would open a new world of possibilities for them. We have been keeping eye on some startups that appeared in the virtual reality space with virtual tours of destinations but for them, creating the content hasn’t been easy. This could bring down the costs for them (and eventually their customers).

If you are a content creator and have already cooked up plans in your head to use Gear, you can apply to be a content creator here. Google will make the Jump rig available to selected ones soon and we might be watching the first Jump videos on YouTube in the month of July.

Google didn’t leave it all on us to think of good use cases. They also introduced Google Expeditions, an educational tool that would allow students to take virtual field trips while the experience is controlled by their teacher using a tablet. The content for these virtual tours will be created using Google Jump or other tools and will be viewed using Cardboard viewer.

The release of cardboard marked an entry point for virtual reality but there was no ecosystem in place to give it a push. Google Jump will provide the required ecosystem for Cardboard and many other VR projects. This wouldn’t be the year of VR but it surely is coming sooner than we expected.

Will YouTube give VR the required push with Cardboard support?