With the latest iOS rolling out to devices, Apple announced their new payment system, Apple Pay. This new mobile based payment system would allow users to pay for various services using their mobile device. Apple pay uses the NFC technology built into the iPhone (only the latest iPhones) to pay from one of your saved credit cards. While we have seen many companies give mobile payments a try in the past, none of them were very successful. This might change with Apple entering the arena as they seem to have done their homework properly. Apple Pay clearly has the potential to change the way travellers pay for things. 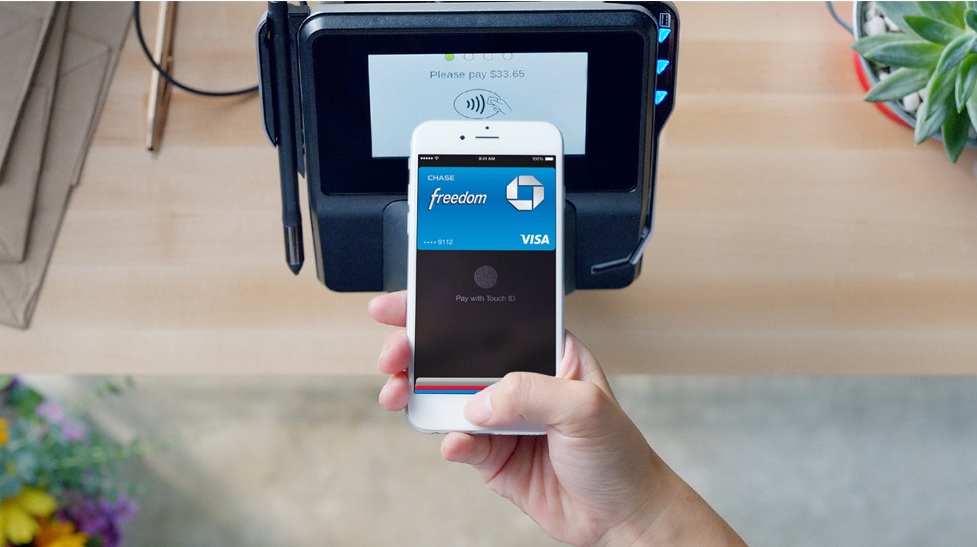 Apple is not the only player making a move in this segment. Their Korean rivals have also introduced Samsung Pay with their latest devices, Galaxy S6 and S6 Edge. If we believe the rumours, there is a revamped Google Wallet in works as well (Update-Android Pay has been announced at the Google I/O and will be arriving soon). Microsoft is also working on their mobile payment platform which should come out with the Windows 10 for phones. But for now, Apple Pay and Samsung Pay are making the news.

What is Apple Pay?

If you have got an iPhone 6 or iPhone 6 Plus, you can store you debit and credit cards in the Passbook app and use them to make payments. These payments could either be in app payments (for apps that support apple pay) or at physical stores that are set up for NFC payments. It reduces the friction at a payment gateway and the transaction can be authenticated by simply placing a finger on the home key. For now it is available in US only and we don’t see it coming to India anytime soon.

How is Samsung Pay different?

This was the biggest question when Samsung announced its mobile payment system. While Apple has already partnered with more banks and credit card companies, Samsung uses a technology which is compatible with older magnetic payment systems as well. Samsung acquired LoopPay earlier and have included their Magnetic Secure Transmission technology in the Galaxy S6 and S6 Edge. It allows the device to fool magnetic card reader into registering a digital signal as a card swipe. It supports NFC payments as well for modern payment systems wherever available. Authentication is using fingerprint like Apple Pay. It will launch in US and South Korea first followed by Europe and China.

Google Wallet didn’t take off. What is different now?

Google came up with the idea of NFC payments a few years back but there weren’t many NFC devices back then. On top of that, NFC payment gateways are costly to set up and retailers weren’t ready to put a lot of money on them until there was a big enough user base. A new technology like this needs to be heavily marketed. It is also important to tell people that it is secure and has got some serious advantages over conventional methods. Apple Pay is already associated with some major banks and credit card companies which is working in its favour. A lot of people remember Google Wallet now because Apple has made a move in the field. It is also simpler to pay using Apple Pay. A simple tap on home key and done. No PIN or password to bother about.

While Apple will get the boost due to good marketing, we think Samsung will also be received well because of the MST technology being supported widely. It is supported at 90 percent retail locations in US already. While the fingerprint authentication on Samsung S5 or Note 4 wasn’t as good as Touch ID, the S6 is able to match the level making the process just as smooth.

Both the systems claim to be very secure as they use tokenized payment methods. It is somewhat like the virtual debit cards some banks allow you to generate for a transaction and the actual card details aren’t shared with the seller. In this case, your actual card details aren’t saved on your device either. The card details are stored on card provider’s secure server and they will handle the tokenisation in most cases. Even if someone gets the token details, it is useless for them without the fingerprint authentication. This actually makes it more secure than swiping your debit card.

What would be the impact on travel brands?

Payment systems like Samsung Pay and Apple Pay have got great potential in almost all sectors of travel. They will reduce the friction in payment process increasing conversions. It is annoying to type in your credit card details on the tiny mobile screen. Even if the booking app allows you to save the card details, there are other steps involved in the final payment. Apple Pay can save all that trouble and increase the number of mobile bookings. OpenTable, Priceline and HotelTonight have already rolled out Apple Pay support and others are going to follow soon. JetBlue has announced that they will allow inflight purchases using Apple Pay. Almost every point where you have to pull out your credit card can make use of the technology.

At this point, Apple Pay seems to have the advantage of a head start but Samsung Pay has got good potential. Both the technologies require Apple and Samsung’s latest flagship devices and judging by the numbers we have seen in past, Apple Pay is likely to reach more audience. These two systems will play a major role in where the mobile payments go next.

What is your opinion about these payment systems? How is the travel industry going to receive them? Share you view with us in comments below.

Update-Google announced the successor to Google Wallet and it is called Android Pay. It functions in a similar fashion as the Apple Pay and will be available to US residents in a few months.