Google I/O 2017 concluded recently and yet again, Google showcased a picture of the ideal connected world that is just around the corner. With AI as the central theme for this year’s event, there was a strong focus on the Google Assistant. The Assistant was announced at last year’s I/O and the vision of the product that they shared looks really promising. However, it is just that, vision. In the real world, they have some catching up to do.

The conversations around where the travel industry is headed often converge at Google. Without being a travel company, the tech giant plays a key role in outlining the strategy of online travel brands and right now, Google thinks that voice is the future. Earlier this year during Phocuswright India, Rob Torres, Managing Director, Travel at Google, shared that voice is fast gaining popularity for search, particularly among younger users. Google is being part of this change not only with the Android devices but also the voice activated hardware Google Home.

And when we talk of Google Home, it is impossible to dismiss Amazon. The e-commerce giant has driven Alexa to 11 million homes with Echo since its launch in 2014, taking a significant head start over its Google counterpart which came out near the end of last year. It is also important to mention here that Amazon has not only reached more customers with the hardware but also has a much bigger army of developers, far outnumbering the programmers getting behind Google’s Home device. At the time of writing this, Amazon listed 196 skills in the ‘Travel & Transportation’ category featuring Expedia, Kayak, Skyscanner, Uber, Lyft, multiple train skills and airport skills. The bigger names are there on Google Assistant as well but the total number of Skills on Alexa is north of 10,000 against few hundred Actions on Google. Microsoft’s Cortana recently opened up to third party developers and the only travel skills on it are Skyscanner and Open Table.
At this year’s I/O, Google focused on attracting more developers to create Actions for the assistant, their equivalent of Skills. The company also introduced a developer challenge to catalyse the process of catching up with Amazon Alexa. Along with this, the company is also pushing payments, even through services like Gmail, to drive adoption, something that will help the Assistant. But Amazon builds on a base of e-commerce and is already doing a much better job of getting people to say things to place orders.

Amazon added a Destinations tab on Amazon Local in some locations to list an array of travel and related services. However, it felt like a very mild effort and was packed after few months. Amazon is somehow staying away from controversies and negativity even with the massive scale it has. It primarily makes money by selling products and can focus strongly on its customers. Advertising on Amazon is a small part of what it does. Google, on the other hand, must balance between desktop customers, mobile users, app developers, advertisers and content creators. It has to strike a delicate balance and as a result, not everyone is happy. In travel, it isn’t hard to find airline and OTA top execs labelling Google as a villain as it tries to create extensions of search and advertising that go deeper into travel.
And for travel brands, it is hard to escape the wide ecosystem of Google that has so many users. Google owns the playground and to sell candies, you can either stand outside and hope the kids come to you or you can pay to sell where the kids are. While this playground gets crowded, Amazon gives hope that there is a new one where they can sell. And because almost the whole industry wants to reduce dependence on Google, Amazon might get some cheers. The fact that Amazon has generally managed to avoid any major controversies unlike Google and Facebook adds to its points. Customers don’t see Amazon as the bad guy, a fact that is highlighted by The Harris Poll putting it on a spot higher than Google, Apple and Microsoft.

While Amazon has got 3X the footprint with its voice activated hardware when compared to Google, it hasn’t won yet. The fight for voice and assistants goes way past the Echo and Home devices. Amazon Alexa and Microsoft Cortana are available through mobile apps for both Android and iOS. The downloads on Google Play Store are between 5 to 10 million for Alexa and 1 to 5 million for Cortana. Alexa is also accessible through Fire TV.

It is not just a fight for voice assistants, it is a fight for getting the user into the ecosystem.

Google Assistant is available preinstalled on Google Pixel smartphone. However, the sales of the device didn’t really set any charts on fire as 2.5 million units were shipped in Q4 2016. Surprisingly, Google has been slow to roll out Assistant to other mobile device and except a handful of premium ones, it is still not available for most Android phones. It is accessible through the messaging app Allo, but the app itself is a failure. However, it is now rolling out to Android devices running Marshmallow and Nougat. In theory, the move gives reach to 38.2 percent of Android devices making Google appear to be a clear leader. In the real world however, things aren’t as pretty as the number suggests. Most OEMs tweak the OS in ways to either exclude or hide the Google utilities depending on what software counterparts they have to offer. In fact, Samsung, the largest Android OEM, is trying to aim squarely at Google with Bixby, a voice assistant that rolled out with its latest flagship device. It would also form the base for their voice controlled hardware. Last year Apple also opened Siri to developers and is also expected to roll out an Amazon Echo rival soon.

The key players here are playing on their strengths to reach as many people as they can. While the number of people with Microsoft Windows Phones is small, the number of other Windows devices isn’t. More than 400 million devices are running Windows 10 and Cortana is available on them. Usage of Cortana is a different story though. Along with this, all the tech companies in question are looking at a very important medium to get new users, cars.

As part of Microsoft Connected Vehicle Vision, Nissan and BMW plan to integrate Cortana in some of their vehicles. Ford and Volkswagen are expected to announce vehicles with Alexa integrated later this year and accessories are already available to use Alexa in cars. Siri has a similar story as some major car companies including GM and Mercedes are reportedly working with Apple. Meanwhile, Audi showcased a real product running an Android OS at the recently concluded Google I/O. All these systems not only give new users to these companies but also create a platform where others, including travel brands, can plug in and add to the experience. Imagine being able to find a restaurant on your route to book a table while driving. At this point, it is hard to say whether we will reach a point where the fact that a car is running Android or iOS will affect consumers’ choice of car manufacturer significantly. However, if we assume that will not have a major impact, keep your eyes set on the platforms partnering with top manufacturers globally. 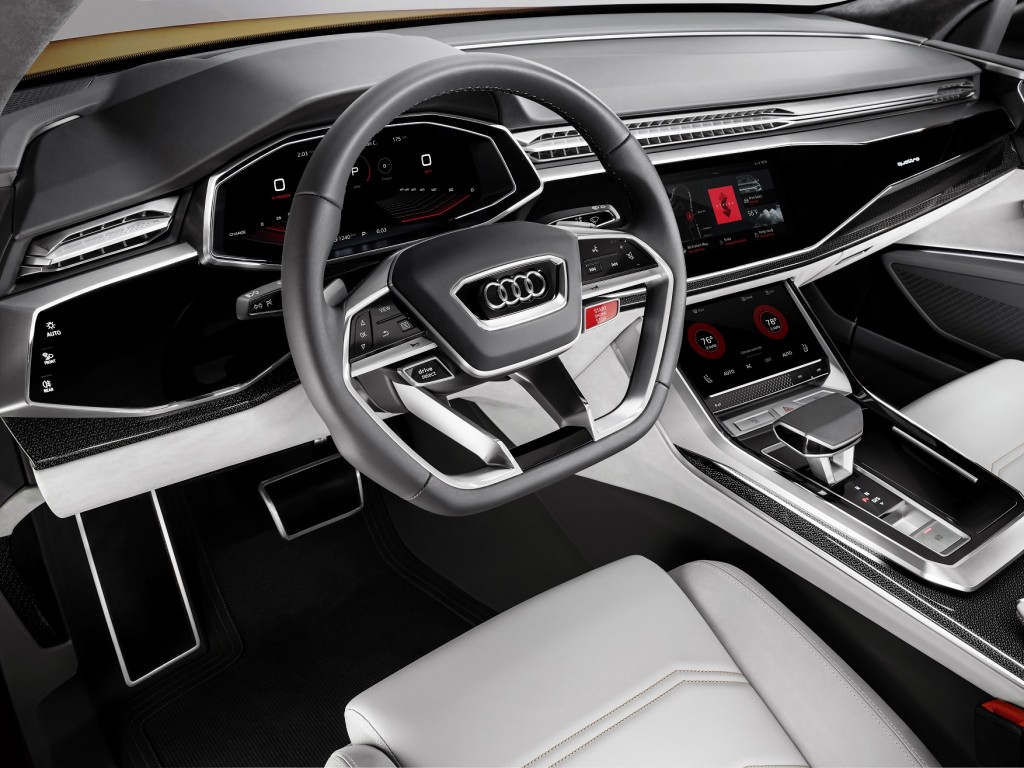 While everyone gears up to be a part of upcoming vehicles, Google and Apple took a head start here with Android Auto and CarPlay respectively. To further catalyse growth, Google allowed Android Auto to be used directly on the mobile device without needing a compatible head unit. Apple’s CarPlay offers Siri to help you as you drive but currently Android Auto supports ‘Ok Google’ for certain features only. However, Google Assistant is expected to be available through Android Auto soon which should give a quick jump in the user count. In addition to expanding the reach of Assistant, the presence of Android Auto also gives Google new screens to advertise on in future.

Going back to where we started, with the tech majors pushing, voice certainly appears to be the medium to focus on. Some experts claim that the shift towards voice and increasing use of ad blockers would hit Google’s primary business of advertising but the push into new categories could offset that. But it is also important to note that there is a lot happening at this point and there might be some change of directions as well. Not only are we expecting the digital assistants to get things done but also to think for us. This process would heavily rely on data points about individuals which means in theory, Apple, and more importantly, Google can overtake others, thanks to the array of other services like Calendar and Music connecting to users. Reality could be much different though.

As a travel brand, maybe it is a good idea to follow the leaders like Expedia and Skyscanner and to start exploring the developments. Amazon, Google and others are looking at different touchpoints including cars, home appliances and phones. A good starting point would be to identify what platform offers you presence in places better suited to your product.

Are you working on ‘Skills’ or ‘Actions’ for your brand? We would love to hear your thoughts on this.

Travel brands, forget messenger chat bots. ‘Actions on Google’ is what you should be looking at

Travellers prize safety over price according to GO Group survey