As part of the ‘Awesome Assam’ tourism campaign, the tourism board launched a campaign video which features actress Priyanka Chopra. The video showcases the state’s uniqueness and beauty and lists reasons why one should visit it. This is the first time that the actress, who was roped in as Assam Tourism ambassador in 2016, has featured in the state’s tourism video. 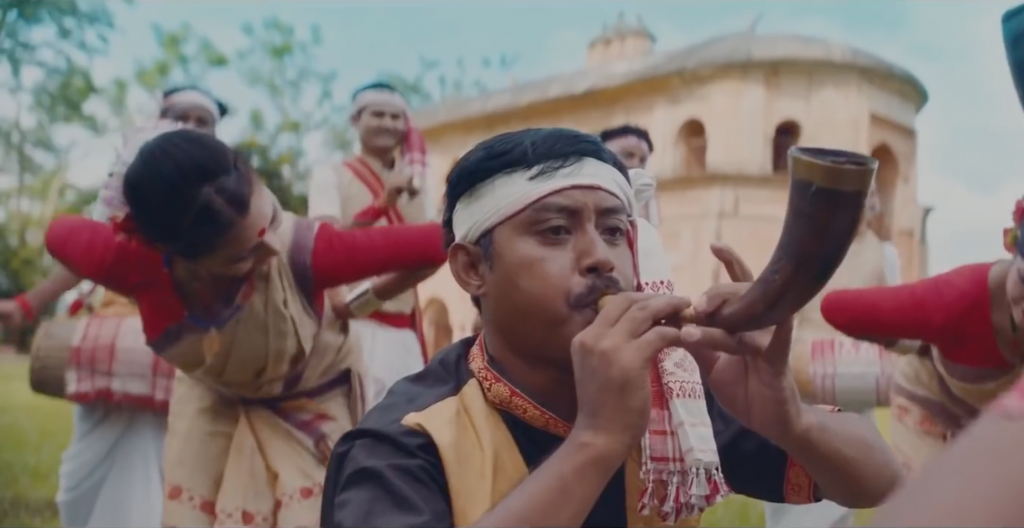 In the video, the actor drapes the ‘mekhela chador’ and dances the traditional Bihu dance. However, Priyanka Chopra is only a supporting cast in the beautiful ad. By keeping the focus of the film on the the state and its rich culture, which has been magnificently projected in the three-and-a half minute long video, the campaign has managed to hit the right cords, without heavily relying on a celebrity face. (Tourism campaigns that have managed to enthrall)

Set to a soft and soothing background score, the ad brings in several Assamese highlights one after the other — from the rhinos of Kaziranga to the lush and famed tea estates of the state, and from the traditional masked dancers of Majuli island to the cymbal-clanging Bhortal dancers, and a bird’s eye view of the longest bridge in India, the Bhupen Hazarika Bridge that was inaugurated in May this year. The faces and the places are captivating.

State governments across the country have been working overtime to lure tourists to their region. From Jammu and Kashmir Tourism’s latest ad, ‘Kashmir – The warmest Place on Earth’, to Kerala Tourism’s ‘Go Kerala’ campaign to woo families, each state has been taking the digital route to find unique ways to promote different destinations. While the Kashmir ad has garnered more than 165k views so far, the Assam Tourism film that has been designed and conceptualized by YAAP and Crayons Advertising and shot by local talent, has already breached the one million mark on YouTube, till date.

In the past one year, the Assam government has left no stone unturned to promote the state. The key idea behind launching this campaign was to leverage Priyanka Chopra’s global identity to spread the word about the North East Indian state not just in India, but also across the globe. The state government has also come up with a new tourism policy. By declaring tourism sector as an industry, Assam is targeting to increase tourist inflow by at least two to three times within next five years. The policy has announced a financial grant to Hindi, English, foreign languages film producers who have made minimum five feature films with a country-wide audience. The government will also subvent the cost of filmmaking from 25 to 55 percent for films that feature Assam.