Destination Marketers are coming up with innumerous efforts constantly to reach out to the travelers. The listed downs are making news. Let’s have a look. 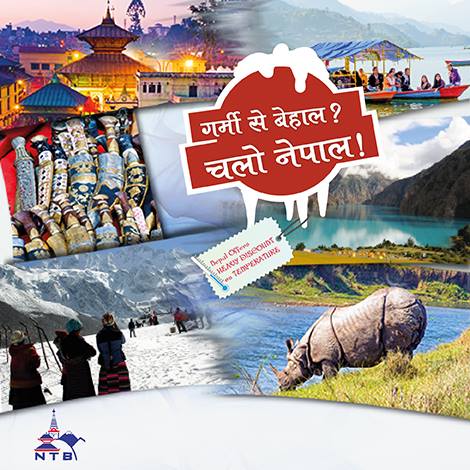 Nepal Tourism Board revived there one of the successful campaigns earlier this week entitled “Garmi se Behal, Chalo Nepal” in major Indian cities. This initiative was first taken in 2010 as a part of pre-Nepal Tourism Year 2011 national campaign. According to NTP, the campaign has been launched on Monday. The campaign generated a lot of interest on social media by Tuesday day end with 80,000 likes.

“Just Another Day” campaign for Tourism Western Australia was developed in association with Cummins and Partner about a month ago. These videos focused on the near developments of Perth as the destination has gone through some dramatic changes. The tourism office plans to distribute the content across globe through cooperative advertising campaigns with airlines, travel agents and tour operators as quoted by the CEO Stephanie Buckland.

Tourism New Zealand’s integrated campaign “Everyday a different journey” has been recognized by 2016 SABRE South Asia Awards. The campaign has been made to create awareness for the destination and to develop a strong bond with Indian travelers. The brand engaged with a bollywood actor Sidharth Malhotra as the brand ambassador of Tourism New Zealand for India.