Sharing, or rather the access economy is becoming a part of our everyday lives even without us noticing. Taking UberPOOL to work, booking a homestay on Stayzilla, renting a mountain bike at a hill station, all of these have become common practice. Our upcoming report indicates that over the past five years, the sharing space has seen the maximum investments in APAC, higher than any other industry segment. As you would expect, most of this capital has gone towards transportation solutions. 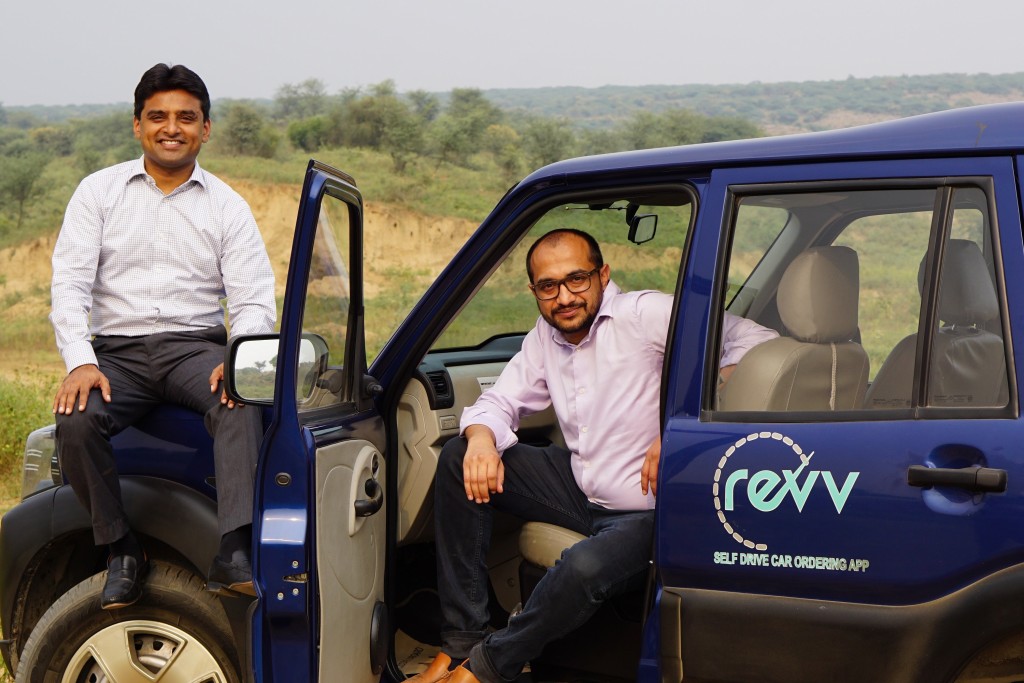 Car rental companies form a major part of it and recently Anupam Agarwal, CEO and Co-Founder, Revv, joined us for a conversation about the same. We discussed the car rental market in India and how it is going to shape up in future. Here is an edited excerpt from the conversation:

I believe that is not a challenge for us and it won’t be anytime soon. The market is much bigger than what any of us can provide at this point. India is likely to become an opportunity for 100K shared cars in 3-5 years and out of that, today there are maybe 4,000 on the road. I don’t think the industry faces the question of intense competition in the space but of how to create a supply right now in a non-linear manner. Not having to buy everything. That is the first challenge.

Next would be to create awareness. If you go out and ask random people, you will realise that a large fraction of people aren’t even aware about the availability of car-sharing options available to them. These are the two main challenges that we need to bother ourselves with right now. There is space for many players and even in long run, there will be two or three major players occupying more than half the market with the remaining being occupied by long chain of small players.

What is the nature of users currently renting on your platform?

Right now, close to 60 percent of the demand is coming from outstation travellers. The remaining usage primarily comprises of people who will be driving in the city. This fraction includes people who hire over weekends to go around with their friends and the people who rent cars at their destination during their multi day visit.

At this point, there are not a lot of people who are using our service everyday but there certainly are people using it on a weekly basis.

And what about daily commuters? Are they opting for products like Revv to work?

The response for Revv to Work has been quite good. We have committed 15-20 percent of fleet for that product and we are almost always sold out on that component. We often receive calls from customers demanding us to increase the available inventory for Revv to work. However, we can’t really commit our entire inventory toward it because then we won’t be able to offer the same level of availability for travellers looking to rent short term.

Globally car makers are actively involved in sharing businesses, either with their own spin-offs or with partner startups. How do you think Indian car makers see rental companies?

I believe Indian manufacturers are warming up to the concept and we will see some major developments soon. Practice of car ownership will fade and an alternative model will replace it. Close to two percent of Indians own cars and that is a very small fraction when compared to say 80 percent in US or even 20 percent in China. Now if we look at the urban India, if that 2 goes up to even 5, the state of our roads won’t be pretty. Increase in access to cars through ownership won’t really work well here and sharing will allow sustainable growth.

What are some conditions you think are unique to the Indian market? Do you face issues working with insurers or regulators?

The challenge with insurers isn’t something that can be addressed immediately but yes, we would like some change in future. The fact that insurance here is associated with the vehicle and not with the driver limits us in some ways. If that is not the case and common records are maintained here as well, we will be able to offer better service and personalisation on various levels. We will be able to offer better prices to someone with a better record while retaining the standard prices for someone with a bad history of driving. However it won’t be easy for the industry to rearrange itself anytime soon.

About the regulators, we would love to have some more support for a marketplace model. Currently there are licences we are supposed to acquire for individual states which is not a problem for us at all. However, when we look at a collaborative model, the licence becomes a bottleneck in allowing other commercial cars from the road to be a part of the network. The owners need to acquire the licence and have to fulfil multiple conditions and have a certain scale of fleet. There are of course security reasons behind the barriers but a middle ground has to be found. They need to open up to the idea of platforms like ours taking the responsibility for the individuals willing to share. The regulation can be made around the company generating the supply and renting out the vehicles rather than the owner to make room for a true sharing model.

Do you think the likes of Uber and Ola have helped you?

Absolutely. In a big way. They have spearheaded this revolution and now there is a whole class of youngsters who don’t want to put their money on buying a car. In my own circle, I was the last person to buy a car and was very happy living with Meru Cabs for my needs till then. Back then however, the options were limited and I eventually had to buy one for all the outstation travel that wasn’t always possible with cabs. With the options available today, I wouldn’t have done that.

What channels have you been using to drive the demand for rentals?

For us, marketing hasn’t been a real challenge. We have been growing organically with some social media marketing and word of mouth. Whenever we have added to our fleet, the utilisation has automatically surged indicating that there is a good amount of latent demand in the market. More than the demand, we need to work harder on ramping up the supply and educating more people about the product.

What next can we expect from Revv?

We started with the vision of turning the two percent ownership into a 50 percent usage. We believe that at least half of the population should be able to access a car when needed, something only a car sharing solution can help accomplish. Of course adding new geographies is going to be one part but along with that, you will see expansion of the services we are offering with entirely new products.

There is a segment of users which has given up on the idea of car ownership and their varying needs cannot be taken care of entirely by the current product. If you are in a new city for a few months, you might want to have a vehicle for the period. With our current structure, that won’t be possible. However, going forward we are looking to cater to these customers without the baggage associated with car ownership. There are few more type of customers we have in mind that would require us to add new products. We want that all your transportation needs should be taken care of between us and the likes of Uber and Ola.

Outside of your business, what are the major transitions you see coming to the ground transportation space in long term?

One is certainly going to be electric vehicles. They are already gaining momentum in some parts of the world and in future, expect the intracity transport to go entirely electric. The developments in battery technologies driven by the likes of Tesla will help this further.

Another major change I believe would be the reduction in size of vehicles. A large number of people move alone in their vehicles and eventually we will see more vehicles tailored to that. We could possibly see modular options to cater to varying needs of travellers. Third will be sharing which of course we are a part of and in long term, it will be further driven by the entry of autonomous vehicles. Instead of owning, people will choose to access the resources as needed.

You can find more details about Revv on their website www.revv.co.in.