Waymo, the autonomous car development company, recently made history by launching cars on public roads without any safety drivers behind the wheel. The tests aren’t limited to one or two routes, and the cars are able to go anywhere within a defined space, in this case, the space being Chandler in Arizona.

Driverless cars have the potential to completely transform the way we travel. In his most recent TED talk, even Elon Musk, co-founder of Tesla, said that “by the end of this year, an autonomous car will be able to leave a parking space in Los Angeles, navigate all the way across America, and park in a space in New York.” With this shift, there will also arrive a plethora of benefits; from reduced travel costs, to increased road safety and more efficient trips.

We all have, at some point of time in our lives, faced the nightmare of holiday traffic. Long weekends and holidays like Christmas and New Year’s are considered to be some of the most popular and busiest travel days of the year, with many travellers driving to their destinations by car. The advent of self-driving cars could reduce, if not fully eliminate, all this holiday traffic. Self-driving vehicles will be able to travel quickly, instead of being stuck in traffic on congested highways. They will be able to drive closer to the cars in front of them, at faster speeds, and navigate narrow lanes than are generally prone to human error. 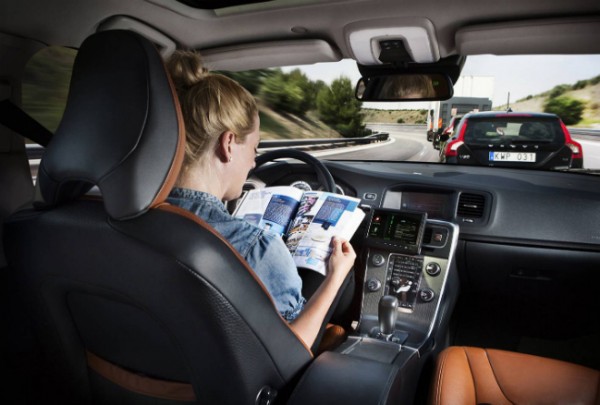 Self-driving cars may even help travellers plan ahead for increased efficiency. Once the vehicle knows the destination, it could suggest an alternate route based on the expected number of vehicles on the usual route. The car could then also recommend that travellers leave a day earlier or late, or even at two in the morning, to avoid getting stuck.

Autonomous cars could be a game-changer for the airline and rail industry as well. With increased efficiency and reduced costs, people may choose to travel by car than planes or trains. This, in turn, could drastically cut down flying costs, as the airline industry tries to keep up with the advent of this new technology and changing passenger demands. Additionally, self-driving cars allow for point-to-point transportation, which means no more wasted time travelling to a bus or train station or the airport.

Self-driving cars are all set to alter the landscape of mobility and revolutionize the automotive industry, public transport and swathes of the global population. While there is still a lot that needs to be sorted in terms of acceptance and readying our infrastructure for such cars, the excitement in the air is tangible with a faster and more efficient future of travel on the way.