Apple recently introduced the Apple Watch and it has caused quite a stir in the market. The wearable hasn’t been made available in the Indian market yet. Many international travel brands have introduced apps for this new device and now Cleartrip has done the same. This makes them the first Indian travel brand to have an Apple Watch app.

The Apple Watch will be reaching customers’ hands (or wrists) soon and brands are working fast to make sure they use the newfound medium in best possible way. After the fitness apps, travel brands are the ones most eager to use this medium and many of the major players already have an Apple Watch app. Cleartrip has been quick in serving its offerings like Passbook support and iOS 7 tailored app to Apple users and now it is the first Indian OTA to have an app for Apple Watch. 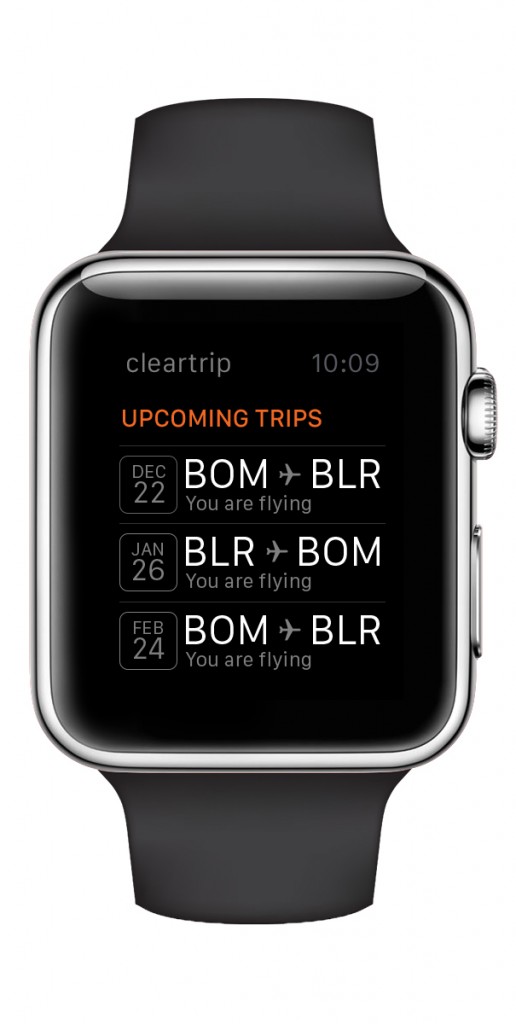 The app will show you your upcoming trips

The objective of a watch app is to provide a simple interface and just the right amount of data that can be consumed using the small screen. Cleartrip has taken care of this very well and the app displays a concise list of your flight bookings. It also uses the glance feature and the Cleartrip glance would show you your next trip till 24 hours before departure. In the last 24 hours, it will add more details like the flight number and its status. The app also supports notifications so you can choose to be notified on your watch if your flight is rescheduled or cancelled. 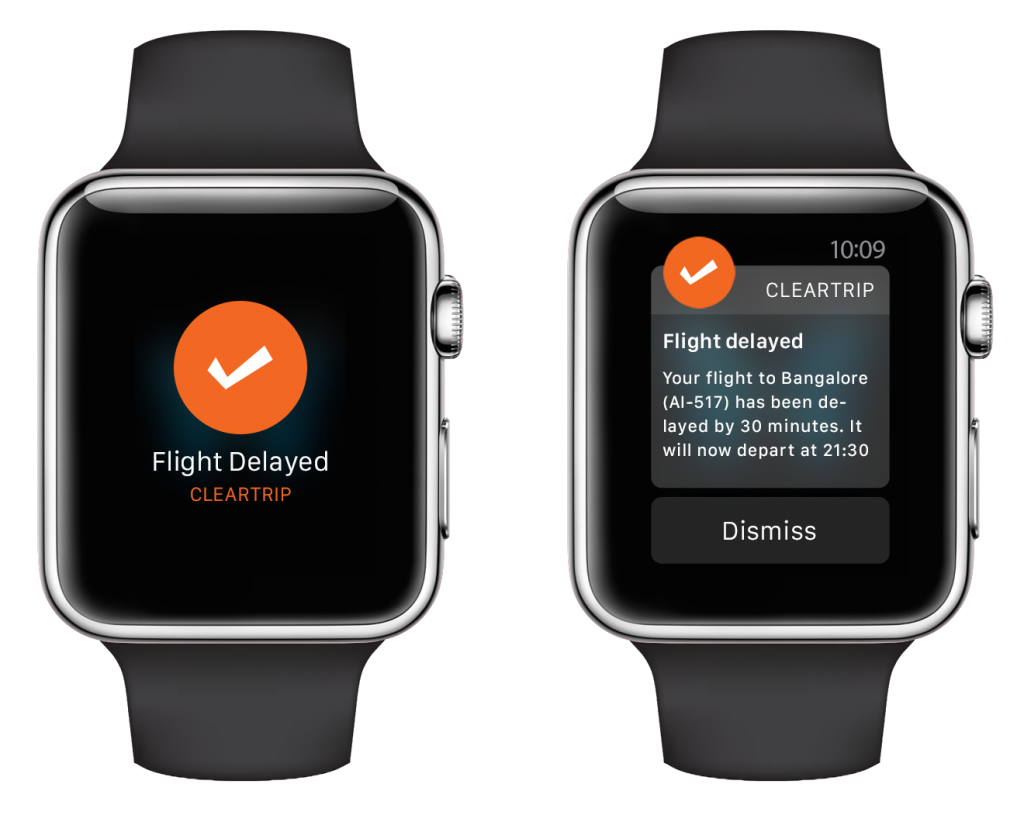 You will get updates through notifications

Wearable devices like Pebble and Moto 360 haven’t seen much adoption until now but Apple’s entry in the segment will surely turn up the heat. Experts suggest that the Apple Watches will contribute to over half of the total sales of wearables. Apple Watch is not on sale in India and it is going to be a while (at least 2-3 months according to sources) before it arrives. So at this moment, this is more about making the PRs than serving an offering to users. Cleartrip says that with the watch app, they are preparing for the future and we agree. The app is surely going to be useful once the wearable is available in India.

Cleartrip is a major player in the scene and has taken a head start with this move. We still think that many brands need to get other things in order before they start with the wearables. (Read:Why your travel brand shouldn’t join the wearable race)

We are yet to try the Cleartrip Apple Watch app. If you have tried it already, please share your reviews with us.

Snapdeal opens up its mobile app for redBus, Cleartrip and Zomato

How digitization in travel will boost customer experience beyond booking