After the announcement of iPhone 6S and 6S Plus earlier, we were eagerly waiting for Google Nexus launch and they had a lot lined up for yesterday’s event. While industry observers already knew about everything from the Pixel C to Spotify partnership and all the things in between, we have confirmed details now. We were especially interested in the new Nexus devices & the features they bring to the table. Here is the latest on offer from the latest version of Nexus devices.

Travellers love the cameras on iPhones and apparently Google has played a trump on the iPhone 6S with the new Nexus devices. Android devices have been fighting the megapixel war for ages with the exception of HTC One or first gen Moto X. The previous generations came with pretty ordinary cameras but with the Nexus 5X and Nexus 6P, it is about to change. Google claims that the camera on Nexus 5X & 6P can out perform the new iPhones.

According to tests by Google, the camera on new Nexus devices performs much better than competition in low light

To put that in numbers, the pixel size on the Nexus 5X primary camera is 1.55µm pixel size against 1.22µm on the iPhone 6S. This means that the photos of your late night walk at a beach won’t be dark blurry mess. The cameras on both the devices come with laser auto focus making them very fast to focus so that you don’t end up clicking blurry images while moving.

Adventure lovers will understand the importance of having good burst mode in camera. The Nexus 5X and 6P support 30 fps burst so that it is possible to capture your high speed run on a jet ski or the moment you took off the cliff while paragliding. Not only that but it is possible to create a GIF animation out the images you captured in the burst mode. I am sure social media savvy travellers how people love GIFs on twitter.

So you come back to your hotel room tired, set an alarm to catch an early morning flight and doze off without putting your phone on charge. Chances are your phone has barely got any battery left after a long day of navigating routes & taking pictures and it will die in the middle of the night. With the new Doze mode they have added with the Android Marshmallow, the average battery life is expected to go up by 30 percent when the display is off. It is going to work not only on the Nexus 5X and 6P but also the older devices that will get the software update. 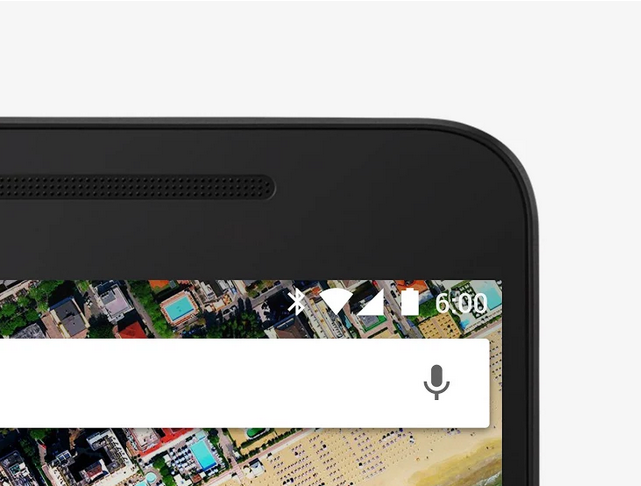 While the Gallery has been long replaced by Google Photos, not many people were a fan of the change. On the new devices, they have made some additions to Google Photos to make it more useful to travellers.

Usually when we travel in groups, it is tough to share the photos with everyone. You either ask everyone to add their photos in a single physical drive or use a single Google Drive folder to add all the image. With the new Photos app, you can have a shared album where everyone can contribute. The feature will be available for iOS devices as well.

For some users, it is tough to leave the work at home even when they travel. They will surely enjoy a smarter Google Now. To call Google from any app, you can long press the home button. This will bring up multiple options and will automatically search for content from the open app. So if your friend has recommended a restaurant in WhatsApp chat, long pressing the home button will look up the restaurant and related options. Easier to navigate this way than typing in the name in Google Maps.

Among the other announcements, we also like the new Chromecast and Pixel C tablet. Will you pick the new Nexus over iPhone for your next Holiday?

5 features that travellers will love on the new iOS 9

HolidayIQ’s Indian Traveller Manifesto is out, here is what you need to know