Apple recently started rolled out the much awaited iOS 9 update to its devices and social media is already flooded with posts of fan-boys expressing their opinions on the new update. We have been digging through all the additions they have made to this version of iOS. Of course features like improved browser and better mail client are good for everyone but we have been looking at them from a traveller’s perspective. We have listed down some features that the travellers will love in this new version of iOS.

Sure Cortana is smart and Google Now has evolved a lot since it was introduced but Siri keeps us hooked with witty responses and ever increasing capabilities. Now the updated Siri can not only take care of trivial tasks but also make sense of commands like “Show me photos from New Delhi last July” or “Call mom when I get inside the car”. So essentially Siri is more aware of locations now, allowing you to do a lot more than you could do before, making it more useful to people who travel to a lot of places. 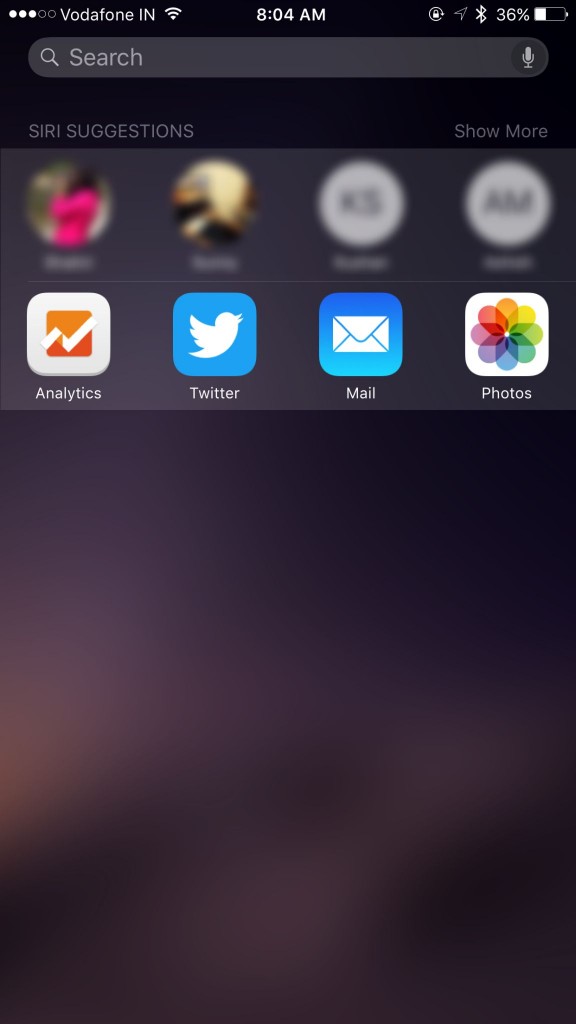 The Spotlight has seen many additions as well

You will also be able to call Siri from any screen now, similar to what we have seen with Google Now on Android devices. This will get you to use Siri more often and with the added capabilities of Siri, you might like the idea even more as long as it understands your accent.

Okay so the access to iCloud was bit of an issue for almost all of us. It was never easy to get at iCloud but now they have improved the access and added the option to show it on home screen. It also displays a file system now which gives more power to the users. The improvements to iCloud would come as a utility to people who love to take a lot of photos using iPhone’s excellent camera but struggle due to the low storage capacity of their iPhones. 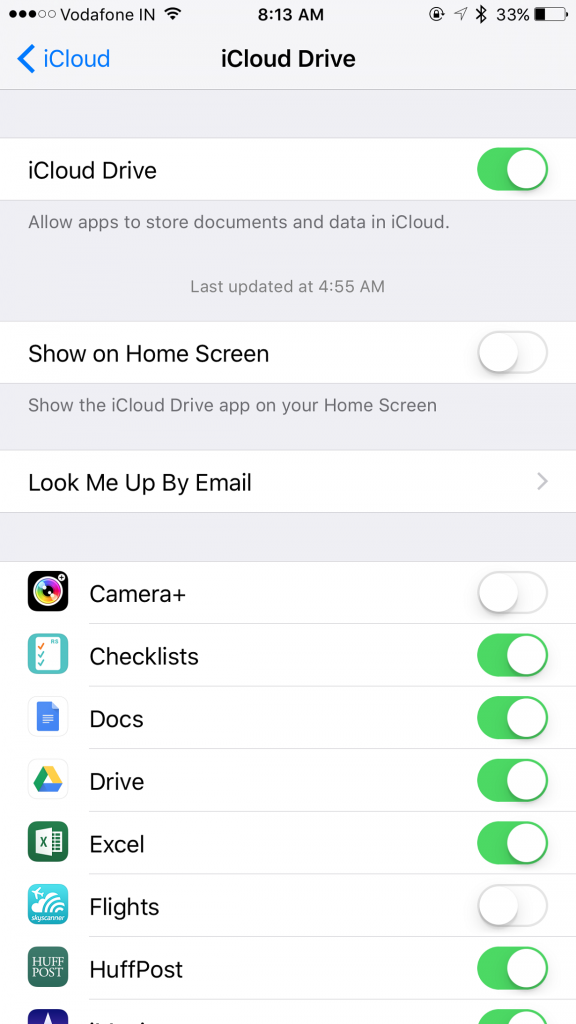 Now you can have iCloud on home and see your files

#3. Transit and Nearby suggestions

We tend to use public transport extensively when we travel, especially while travelling internationally. Apple users have been relying on third party options (Read: Google Maps) until now to find out the information about public transport to get from point A to B but this is going to change with the iOS 9. Apple has introduced public transport feature which includes buses and local trains. Sadly the feature is not available in India yet but we are expecting it won’t be long before we will be able to find information about bus routes and local trains in India.

Along with the transit feature, Maps also gets Nearby suggestions to help you explore the local food and shopping places. There is a long list of places available across multiple categories so it won’t be hard to discover places anymore.

With every new update Apple rolls out, they try to make the whole system more efficient. It is the same story with iOS 9. They have tried to extract more battery life and claim that just switching to iOS 9 will add an hour of battery life to everyday usage. 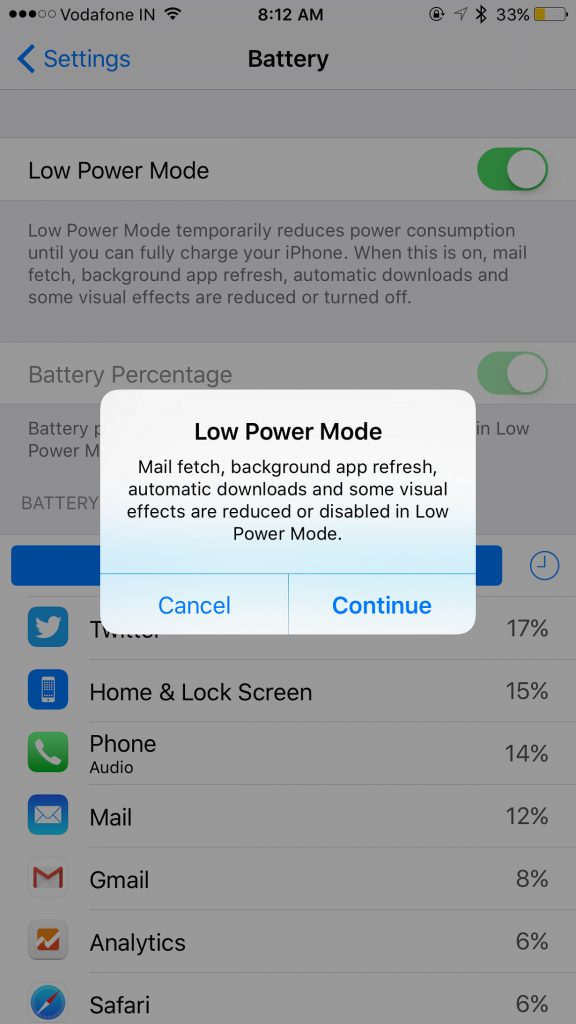 There is another addition here which Android users might be familiar with. It is called as the Low Power Mode. When switched on, it will make power saving its top priority and kill background network connections, auto downloads and mail sync. The phone might feel a little slow but it gets a huge boost in battery life. While travelling, being able to extract few extra hours of usage when you don’t have access to power makes a big difference.

To help you save some time while searching through photos, the images captured using front camera get a separate “Selfies” folder now. All the screenshots also get their own folder. It is also to select multiple images now in the Photos app. Instead of tapping on each image separately, you can tap on select and swipe over the images you want to select. 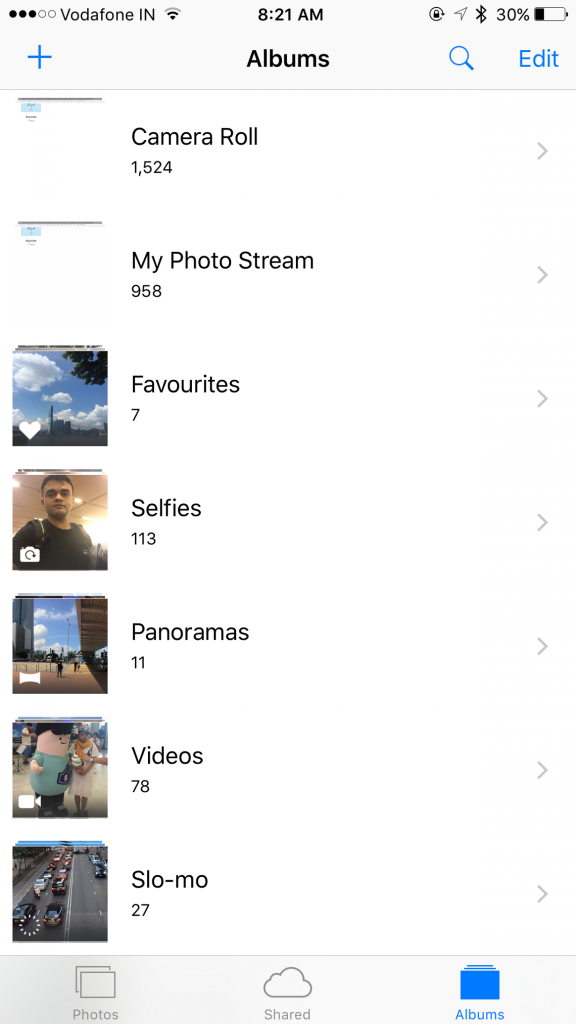 While we continue to explore the new iOS, we are eagerly waiting for Google to release Android Marshmallow to see what it has to offer.

Have you updated your iPhone or iPad to iOS 9 yet? Which is your favourite addition to the OS from a traveller’s perspective?

What do you think of this association between VenuePick and OYO Rooms?