The recently concluded CXSRITE festival in Xi’an attracted participation from a number of tourism boards across Asia who are focussing towards the China travel market. We spoke with Mr. Edward Liu, Group Managing Director of Conference & Exhibition Management Services Pte Ltd.

CEMS has three travel-tourism shows in China including BITE and Chengdu International Tourism Expo. How does CXSRITE compare to others?

The XSRITE series is a unique event as it presents a platform for the tourism and travel industry to utilize the ancient Silk Road as a Unique Selling Proposition. The XSRITE event is able to highlight the iconic features such as the historical Terracotta Warriors and the Giant Wild Goose Pagoda in south Xi’an and at the same time, linking up with countries across South Asia, the Middle East and Europe where the silk trade had flourished in the past. Hence, the XSRITE event has in abundance tourism and travel products that would bring back memories and excitement along the romantic Silk Road.

How has the Chinese travel industry embraced technology and social media?

The Chinese travel industry has transformed itself in the recent past with more travelers utilizing travel portals and social media to plan their own personal itineraries. The ease of using technology and social media has encouraged and enabled large numbers of Chinese to travel on their own accord and at short notices. To a large extent, this usage of technology has exerted much pressure on the traditional travel agency establishment as more and more younger travelers prefer to book their airline seats and hotel accommodation online. 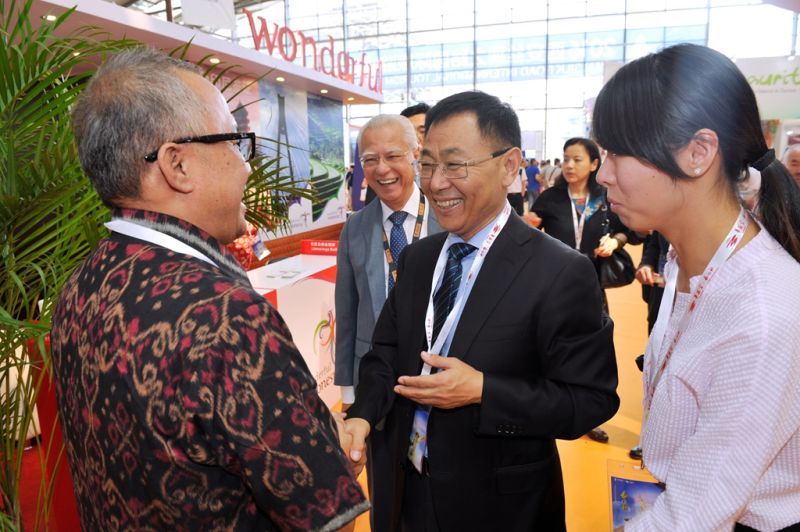 Which prominent SEA countries are contributing to the show?

In XSRITE 2016, Indonesia was our Gold Sponsor, as the country is a key stopover point for the Maritime Silk Routes. Indonesia is interested in tapping into the huge Chinese travel market. In addition, Cambodia took up a 36-square metre booth to showcase the historical artifacts in the Angkor Wat, one of the many wonders of the modern world! With close bilateral ties between Cambodia and China, the tourism industry and cooperation between both countries is expected to rise in the years to come.

How was the overall response?

The overall response to XSRITE 2016 was very good. On the first day afternoon and the second day morning, both local and international exhibitors were matched with their counterparts – buyers from travel agencies who were out to source for new businesses and opportunities. The meeting rooms were a hive of activities and discussions.

On the second and third days, the XSRITE 2016 was open to the public who were there to pick up discounted travel packages and free gifts such as luggage bags and travel paraphernalia. Big travel agencies such as U-Tour, Caissa, Shaanxi China Travel Service and Xi’an Tian Ma International Travel Service were doing roaring businesses, which far exceeded their own expectations.

Founded in 1980, Conference & Exhibition Management Services (CEMS) Pte. Ltd. is a pioneer in Singapore’s conference and exhibition scene. A regional organiser with a global perspective, CEMS has vast knowledge and experience in organising and managing events for government agencies, associations and private enterprises. CEMS is active in the ASEAN region including Singapore, Indonesia, Malaysia and Thailand, China in North Asia, and Pakistan in South Asia.