India’s biggest and most profitable airline carrier and the world’s fourth-largest low cost airline has seen a rough couple of months.

It all started with the airline’s surprise declaration of its interest in ailing national carrier Air India (AI) last year, even before the full details of AI disinvestment had emerged. One of the promoters, Rakesh Gangwal, had to hold a hasty conference call with analysts to clarify that “IndiGo’s interest in AI would be conditional and that it would in no way jeopardise the airline’s financial plans”, an indication that perhaps the first announcement wasn’t thought-through. Subsequently, the airline said that it was not interested in Air India.

This was followed by some back-to-back videos emerging of staff misbehaviour, then a report by a Parliamentary panel that pulled up the airline for its service standards, especially regarding the many reports of passenger manhandling and rude behaviour. Remember the viral video that showed the airline’s staff allegedly manhandling a passenger?

Next came the Pratt & Whitney engine troubles, that led to grounding of multiple aircraft, consequent cancellation of flights, leaving passengers and investors irate. The airline also lost out a long-fought battle with the judiciary, after the Supreme Court dismissed plea by IndiGo against an order by Delhi High Court that directed it to shift to T2 terminal of Indira Gandhi International Airport. Amidst all this, the announcement of Aditya Ghosh, President and Director, resigning from his position came along. More recently, IndiGo passengers at the Delhi airport staged a protest near the active runway, due to a five-hour delay, followed by alleged “mismanagement” on behalf of the airline. 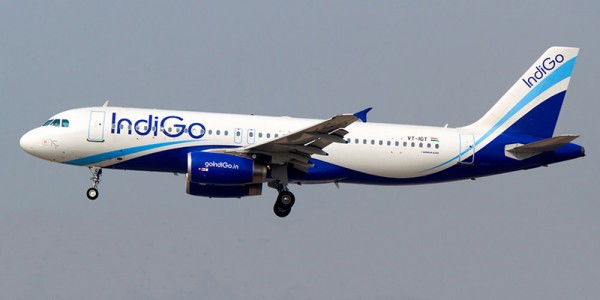 A myriad changes are happening at the company to restore its former glory. The primary one is believed to be the resignation of Aditya Ghosh. The stock markets also seem to have supported the decision, as on the first day of trading after news of his imminent departure surfaced, the IndiGo scrip gained in morning trade and finished 0.50 percent lower. United Airlines’ Gregory Taylor is set to succeed as president and CEO. Willy Boulter has already been inducted as Chief Strategy Officer, while Wolfgang Prock-Shauer, who steered Jet Airways and GoAir earlier, was appointed COO. Additionally, many crucial functions have also been assigned to senior expat hires.

While the hasty announcement to bid for Air India may not have been well planned, it does underpin the fact that IndiGo is now looking to expand massively. According to multiple reports, IndiGo plans to order as many as 50 Airbus SE A330 wide-body jets as it seeks to expand beyond short-haul flights. The carrier aims to take the upgraded A330neo version of the plane, and the deal could be worth $13 billion at list prices for the smaller of two variants.
The airline is basically developing plans for long-haul flights after building up a fleet of more than 150 Airbus A320 narrow-body planes used within the region.

Even last year, IndiGo set up an ambitious plan for growth, saying that it will position itself as a price warrior in the regional connectivity business, which it will launch soon, apart from its foray into the long-haul, low-cost international business. According to sources, IndiGo could offer fares up to 50 per cent lower on regional connectivity routes.

The persistent efforts by the airline to change its fundamentals can also be seen in its recent announcement of quarterly results. While the carrier posted a 73 per cent decline in profit at Rs 117.96 crore in the three months ended March 2018 owing to rising fuel expenses, it also posted its highest ever Profit After Tax of Rs 2,242 crore for the year ended March 2018, an increase of 35.1 per cent compared to last year’s Rs 1,656.98 crore.

As far as reports of rude behaviour are concerned, IndiGo may not have handled things in the best possible way so far, but there is still hope that with the change of management, that aspect would be taken care of, too.

As IndiGo navigates across turbulent news and mishaps, what the focus needs to shift to right now is how the change of management and aggressive expansion will help the country’s largest airline fly through these challenges. Perhaps the lineup of monumental changes and plans will manage to steer it towards growth. Till then, we can only wait and hope the carrier doesn’t get burnt by more bad press.

What is the way ahead for flag carrier Air India?