Wego, a Singapore-based travel company founded by Craig Hewett and Ross Veitch, has recently unveiled its periodical report that shows the significant increase in travel spending among Asian travellers. This trend will continue till the coming Chinese New Year i.e. 8th February, 2016. 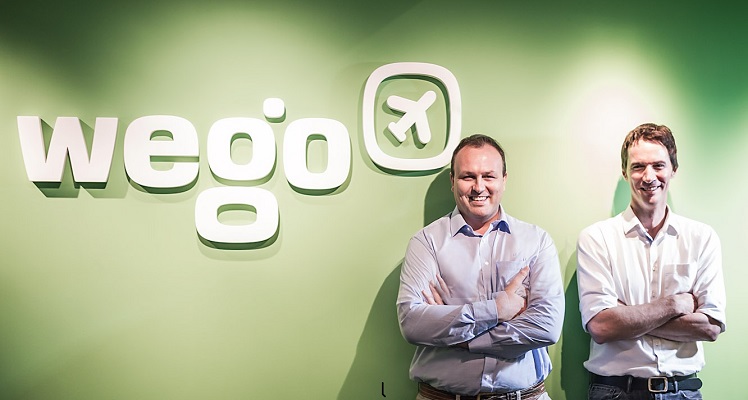 Craig Hewett and Ross Veitch – The founders of Wego

“The average booking values for both flights and hotels on Wego.com is much higher this year, compared to 2015. It’s an indication that travellers have allowed a higher budget allocation for travel during the Chinese New Year period, some more than others. We’re seeing several cities with higher spends this year. The highest year-on-year difference in average booking value, for both flights and hotels, is from Hong Kong travellers, with a jump of around 10%. Similarly Taiwanese and Malaysian travel budgets have increased by 8% this year.”

Travellers had spent more on hotels as per the study. There has been 20% year-on-year increase in spend per hotel stay during Chinese New Year. This year they are more open to bookings of last minute trips.

James Huang elaborated on the booking pattern of the travellers:

“We saw an increase in spontaneous booking trends last year for Chinese New Year travel on Wego.com, compared to 2014, and also longer duration of trips, especially in China itself.”

Few other Asian countries like Malaysia, Hong Kong and Singapore are not lagging behind. There has been an increase in travel spending in these countries simply because of the approaching Chinese New Year. Noticing the potential value of travel market, many startups have come into existence over the past few years. For example, InvestHK asserts that there has been 46% growth of startups from last year in Hong Kong. The number of co-work spaces has surged from three in 2010 to more than 40 now.

The economy of China, Hong Kong and Singapore will continue to strengthen at this moment. This will, in turn, positively affect the overall economy of Asia. This is a good time period for many travel startups to better establish themselves in the market by offering exclusive offers and discounts to potential customers.

Wego wants Singaporeans to travel now, but where exactly?