You almost thought that we’ve seen it all when it came to engineering marvels of the skies. Hypersonics, electric propulsions, triple-deckers- yes we’ve seen them all. Well, you might just want to hold your breaths for this one. The pod plane. Switzerland’s Federal Polytechnic Institute brings forth this revolutionary design and aims to transform the way people and cargo travel. 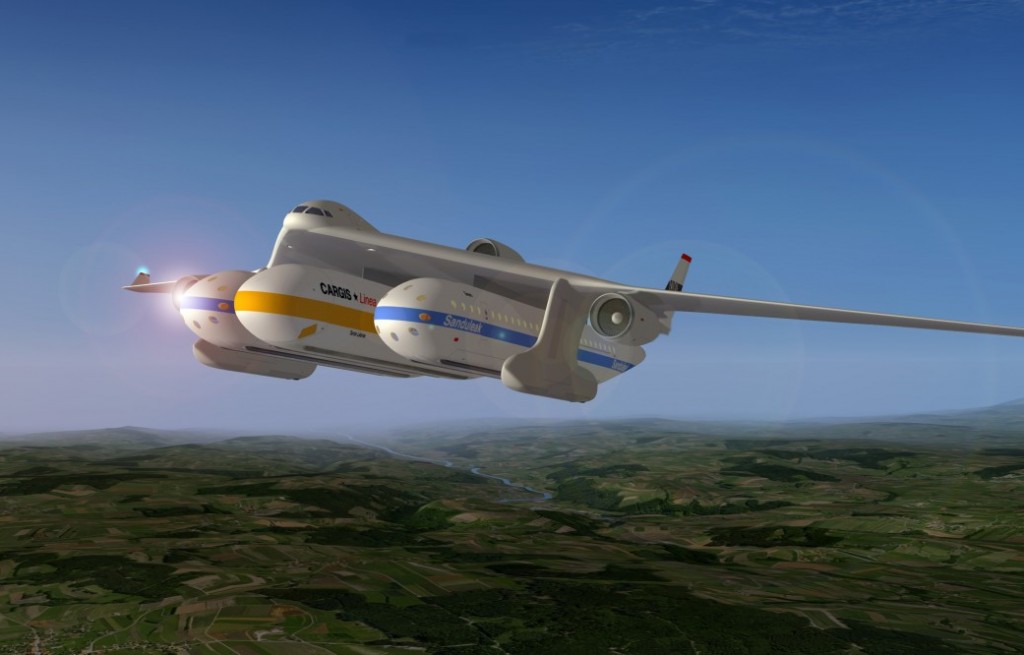 What’s the inspiration behind such disruptive design? It’s simple but the concept is very distending. Clip-Air is a futuristic design which would drastically reduce the cost of long-distance shipping and travel. It’s composed of two elements- the humble shipping container or pods, as you’d like to call them, that could be used as cabin or cargo hold, and the flying component, including airframe, cockpit and engines. It has striking similarities to the X-48, an experimental aircraft developed for NASA a decade ago.

The pair of long metal legs protruding from each side of the flying wing keeps the airframe above the ground enough for the capsules to be hung from the centre of the aircraft. The versatility lies in the design which enables it to have the capsules detached to facilitate easy rotation on the ground. The pods could be used to carry the passengers or cargo. The speed could be compared to modern mid-sized airliners.

Claudi Leonardi, who manages the Clip-Air craft project quotes that the design is aimed to maximise the use of airframes for the operators which is the most expensive component.

The passengers would not have to wait in the endless aisles jams to board the flight as it would become seamless and less stressful. Passengers could easily choose from three different competitors, all flown by the same aircraft. Operators could go beyond the airport boundaries by marketing multi-modal itineraries. 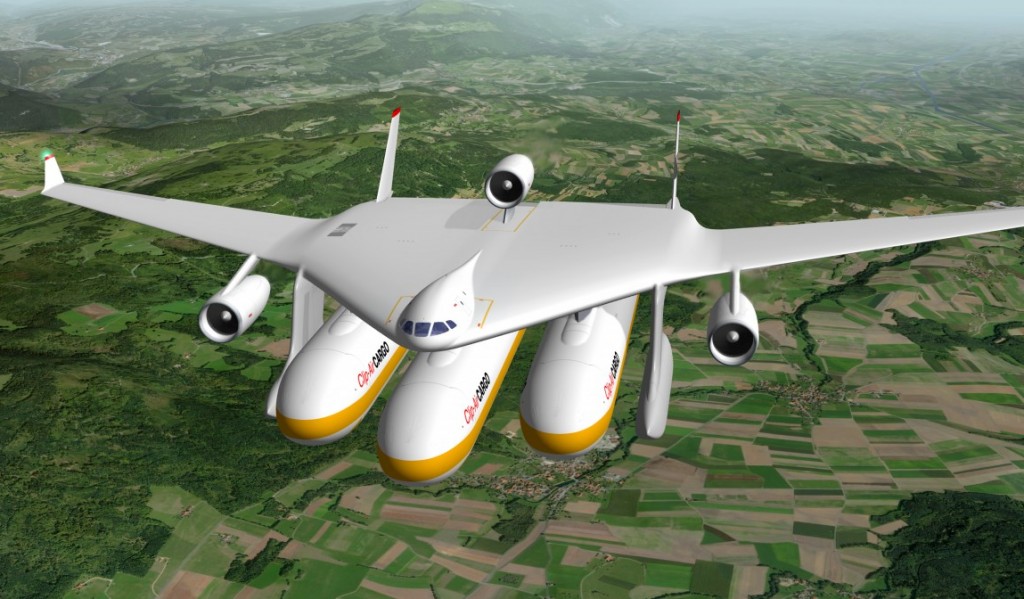 As with shipping containers, Clip-Air could be seamlessly transferred onto trucks. The passenger cabins could be managed differently as there comes a facility to attach three capsules could be attached to each aircraft.

The chances of such an engineering model to get implemented are rather slim given that its commercial viability would see a little rough road.

Addison Schonland, founder of Airinsight, a consultancy providing market intelligence about the aviation industry says, “Although it may be brilliant from an engineering point of view, it is going to be very tough to make it work commercially. It would need to compete with proven and well-established technologies, and, frankly, it is dubious whether the market will be ready for such a radical new concept, even in the long term. In any case, if the concept is ever to take off, I would see it working for cargo first.”

Clip-Air researchers are adamant in proving that this concept is as viable as any due to the same technologies used in a different way. They are also looking into the possibility of using biofuels or liquid hydrogen as alternative fuel and have also initiated some contacts with the people in the aerospace industry.

From a design perspective, the prototype seems to be the future of travel and logistics both. Rest is all up to the implementation of the same.

Serko and Xero launch a travel app for SMEs

A wallet that charges your devices while you travel hassle free