Budget hotel startup RedDoorz has closed $11 million in new funding to expand its network of budget hotels and guest houses throughout the Southeast Asian region.

The round is described as being pre-Series B and it comes from existing investors Sushquehanna International Group (SIG), World Bank’s IFC, InnoVen Capital and Jungle Ventures, with new investors DeepSky Capital, FengHe Group and Hendale Capital joining.The cash will let the company expand operations into new cities and new countries, including Thailand, where there are plenty of young travellers looking for budget hotel rooms

The company, led by CEO Amit Saberwal, brings together budget hotel owners under the RedDoorz banner and books their rooms via an online marketplace. Through the site, hotel owners get access to guests, and travellers can rest assured that RedDoorz-branded hotel rooms have clean sheets, decent internet, and trained staff. This concept was initially pioneered by India’s OYO, which is backed by SoftBank’s Vision Fund, but RedDoorz is one of half a dozen or so venture-backed efforts bringing the model to Southeast Asia. 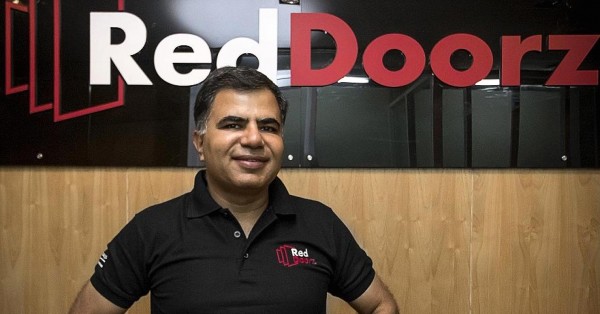 The company launched in Indonesia, before using earlier funding rounds to expand to the Philippines and Singapore, where the company just leased its own hotel to run. The company had closed a $5 million Series A at the end of 2016. Initially, it closed a $1.4 million seed round and it added $1 million in venture debt last year.

As it stands in Indonesia, where RedDoorz has been the longest and where it has most of its 500 properties — it claims to offer 3,000 rooms across 16 cities — the vast majority of customers are local and using the company’s Android app, rather than the tourist crowd. That crowd is roughly split between those on business and on leisure.

The Southeast Asian budget hotel market is currently worth between US$15 million to US$20 million, according to reporting by The Edge Markets in 2017. The real beneficiaries of this market are booking platforms that redirect tourists to budget hotels that offer the best deals. Most booking platforms in the region employ a standardised model, aggregating available rooms in hotels within a certain city and forming a network of available rooms across multiple cities. Some booking platforms are trying to creatively improvise their services by innovating around evolving customer needs, such as speed of booking, that RedDoorz particularly focuses on. The RedDoorz website is optimised to ensure that the booking form is displayed prominently on the landing page, which keeps guests focused on completing their booking.