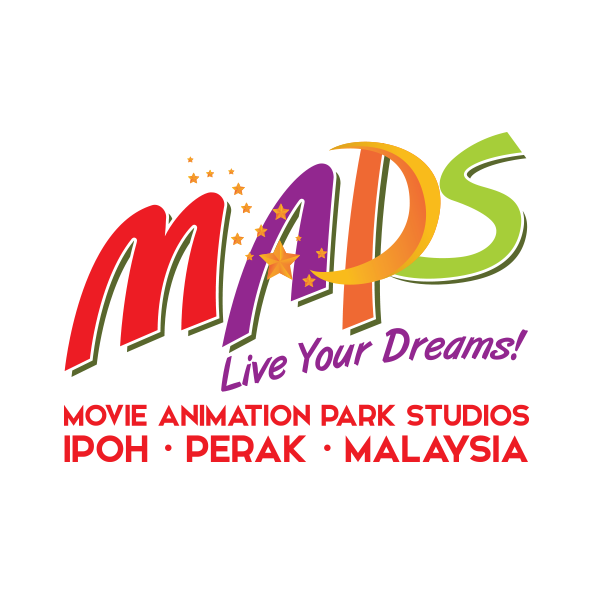 The international theme park will be spread over 52 acres of land in the state of Perak- the northern region of Malaysia. The key attractions of the theme park will be Stunt Legends- the first South-East Asia’s car & bike live stunt show in a 2,000-seat custom-built arena, DreamWorks Adventure Zone, displaying Mr. Peabody & Sherman, Megamind, The Croods and Casper The Friendly Ghost; South-East Asia’s first The Smurfs ‘live’ animation attractions; The Home of BoBoiBoy featuring Malaysian favourite BoBoiBoy animation attractions; Malaysia’s tallest drop tower ‘Megamind Megadrop’; including a variety of themed performances, food and beverage and retail outlets. There will be 40 attractions including rides and shows within six-themed zones.

Ramelle Ramli, the founder of MAPS and Chairman of RSG Group, quoted:

“We are proud to showcase international animation characters from DreamWorks and The Smurfs alongside local favourite animation character BoBoiBoy and Stunt Legends, billed as South-East Asia’s First Car & Bike ‘Live’ Stunt Show in MAPS to captivate families and guests of all ages to make their visit to Malaysia truly memorable… Thanks to the concerted efforts of Tourism Malaysia and key players in the industry, we hope to position MAPS as a ‘tourist magnet’ in driving more visitors to Malaysia while working towards strengthening Malaysia’s appeal as a ‘must visit’ destination in the world.”

“There is no better place and time for our international debut but at the World Travel Market London, as this prestigious event undoubtedly captures the right target audience for us. With the opening of MAPS, we hope to complement the diversity of tourism offerings and play an active role in boosting Malaysia’s tourism industry to meet Ministry’s target of 30.5 million tourists in year 2016, which will contribute 103 billion Malaysia Ringgit to the economy. We hope to see everyone in Malaysia and MAPS next year!”

MAPS will be easily accessible by flight, road and electric train services. It is being built at the cost of USD 105 million. Advance bookings with exclusive ticket packages including annual passes are available now.

You can find more details on their website here.