Jetstar Asia released a video on their Facebook page yesterday claiming to adopt Singlish on their flight deck and use it for official purposes.

Since this was to be launched on 1st April, which is also known as April Fool’s day, this publicity campaign is an April Fool’s joke as confirmed with the airlines by TODAY. 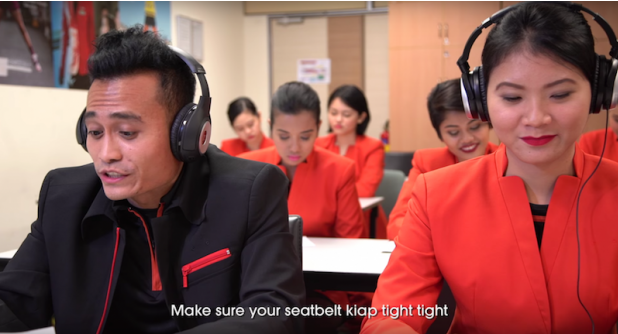 A screenshot from the video that tries to draw authenticity to the trick.

As Jetstar Asia posted the video on its Facebook page yesterday, it’s been hit more than 28,000 times and shared about 375 times up until late evening.

While the Jetstar did not embrace Singlish on their airplanes, a spokesman told TODAY that they are a huge fan of the language and that this isn’t a joke.

Amongst the spree of April Fool’s publicity stunts that engulfed the market, an online grocery store honestbee asked its consumers to order exotic meats such as panda meat and koala sausages. This publicity didn’t gather too many amusing responses as the Jetstar’s post did.

The Facebook users are largely excited as one of them commented, “I wanna travel on their flight and video the whole PA.” Some others responded similarly in Singlish. Comments include: “Shiok” (a slang expressing pleasure) and “ho seh” (‘good’ in Hokkien).