A large number of brands are showing interest in autonomous cars and they will probably transform both urban transport and long distance travel in a big way. With the motive to join the race of developing autonomous cars, Chinese internet search giant Baidu is planning to develop self-driving cars in China within the next three years. Earlier this year we learned that they are working on a prototype and it has already completed tests on a route with varied roads and environmental conditions. 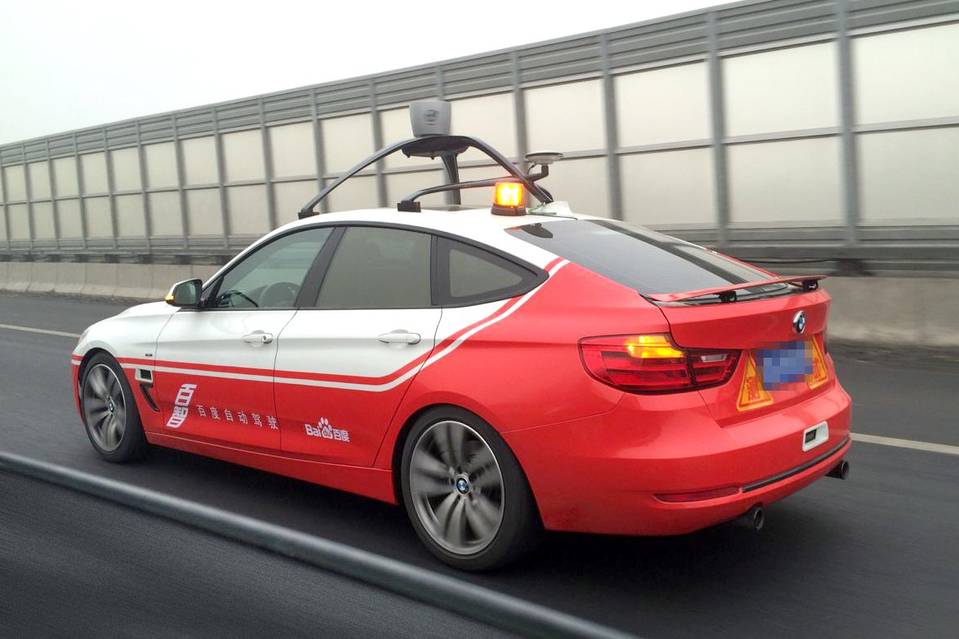 Baidu’s two prototypes BMW 3 Series Gran Turismo autonomous cars successfully completed a 30-kilometer (18.6 miles) test drive around Beijing, which included complex driving actions such as U-turns, left turns, changing lanes, and merging into traffic from on-ramps. The route included highways with the car’s speed peaking at 100 kilometers per hour during the tests. The route was mapped out by the Highly Automated Driving (HAD) maps.

According to a report, a Baidu spokesperson said:

“We’ve tested the car at night and day, as well as in medium rain, and – since this is Beijing – in smog of course. The models we’ll develop next year will have even more sensors, and we believe it will be able to handle all weather and road conditions.”

Baidu’s cars are well-equipped with a laser radar, sensors and cameras with varying visibility ranges. Its software draws on Baidu’s highly detailed maps as well as its “deep-learning” technology. For the fast development of these future cars, the company hired Stanford researcher Andre Ng who has helped set up Google’ artificial intelligence centre. The autonomous cars will operate on fixed routes or within set urban areas. Baidu will co-operate with some governments to provide shared vehicles like a shuttle service for public use. Baidu’s next steps involve testing the prototype cars in new situations like narrow city streets or wide boulevards. China faces unpredictable driving conditions. This can be a challenge for the company.

According to a survey, 93% of Chinese respondents were interested in owning a car with autonomous functions, compared with 76% of Germans and 67% of Americans. This proves the fact that the Chinese people have the highest demand for it. Contrarily, China still needs to enact laws for autonomous cars to run on roads.

Wang Jing, Baidu’s senior vice-president, stated that the company is establishing a new business unit that will work on developing autonomous vehicles for use as public shuttles. Mr. Wang will be heading this unit. Currently, Baidu is in discussions with the Chinese and foreign automakers.

Baidu is facing competition with Google and other traditional automakers to develop self-driving cars. Google has 50-plus self-driving cars that have covered more than a million miles and are currently being tested on public roads in urban areas of California, Austin, Texas. Baidu might introduce an autonomous car this year. Once developed, this will be a major milestone for both Baidu and China’s evolution towards the driverless vehicle future.

Brands are betting big on the new autonomous car technologies and with the current pace, things look very promising. Google’s autonomous car is going places and the cab hailing service Uber showed interest in these developments for future applications. Baidu’s autonomous car is another example of how the travel industry is assimilating technology for developing futuristic vehicles.