Airbus successfully completed hot weather testing of A350-1000 test aircraft. The testing was carried out at Al Ain International airport from 4 to 7 July and involved the aircraft undergo extreme weather conditions. The objective of the tests is to check systems behaviour with a focus on the cabin, including cooling performance on ground. The Al Ain International Airport has been serving as Airbus’ base for hot weather testing for years now. 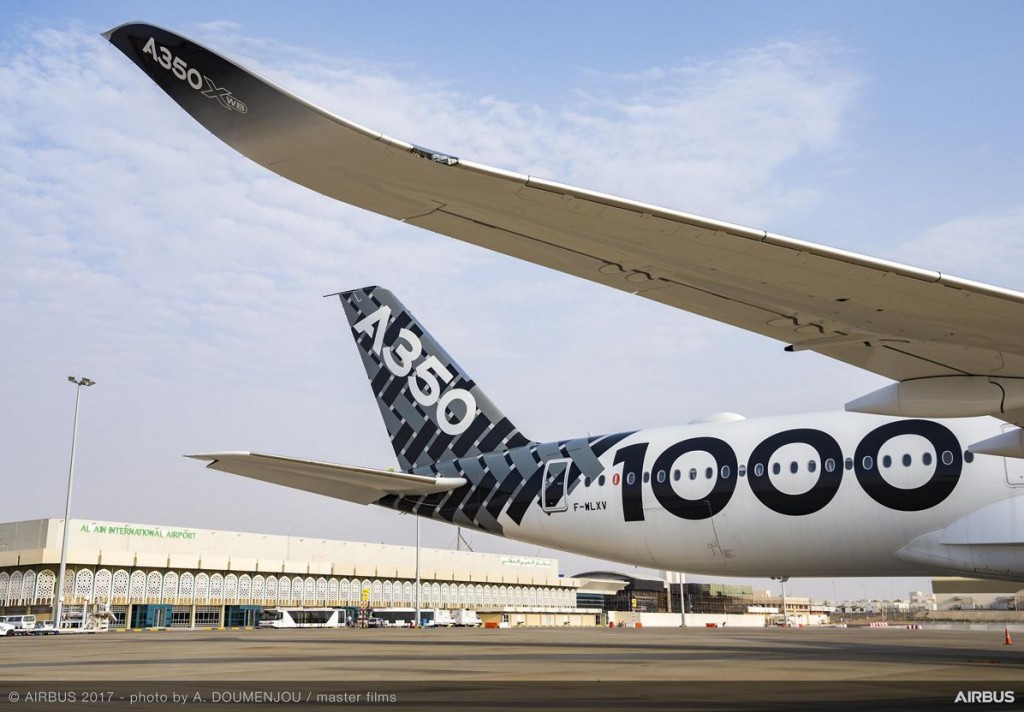 The A350-1000 features a modified wing trailing-edge, new six-wheel main landing gears instead of four and more powerful Rolls-Royce Trent XWB-97 engines. The A350-1000 was originally supposed to enter service in 2015 but was delayed by two years. Now it is expected to enter service in fourth quarter of 2017, reportedly with Qatar Airways. The aircraft currently has 211 confirmed orders from 12 customers.