With the large dependence on fossil fuels, environment is taking a hit. From all the transport sources combined, aviation industry contributes to 13 percent of the total CO2 emissions. Following the automobile industry, the aviation industry is also making a shift towards alternate power sources, not only to save the environment but also to reduce the fuel costs. 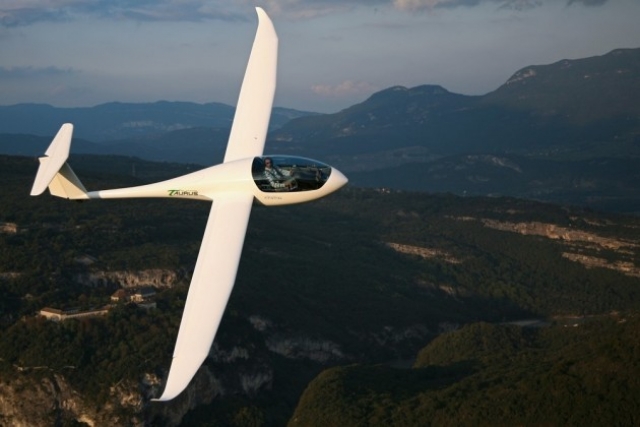 While the large aircrafts won’t shift to hybrid or electric power, small electric planes are marking the beginning of a revolution. Taurus Electro, made by Slovenia based Pipistrel is a light, fast and low cost two seater electric plane. The Taurus Electro costs USD 120,770 but the running cost is extremely low, 10 times lower than the conventional ones. Also it is easier to maintain than the conventional two seater aircrafts.

Operations are extremely simple. It just needs to be charged and powered up and it is ready to take off. The propellers can thrust the aircraft to 2,000 metres and after that, the engine retract and lets the aircraft glide like a sailplane. Power comes from a lithium ion battery which is specially designed to be sturdy so that it doesn’t catch fire even if it heats up under load. Going forward, Pipistrel also plans to sell Tauras G4 which is a 4 seater plane that won NASA’s Green Flight award in 2011.

Shenyang Aerospace University and Liaoning General Aviation Academy have also recently received a licence for the production of China’s first manned electric aircraft RX1E. It is also powered by lithium batteries and can operate for 45-60 minutes on a single 90 minute charge. The plane can fly at an altitude of 3,000 metres and will be used to train pilots and conduct sightseeing tours.

The electric aircrafts could be the future of aviation but the technology still has a long way to go. Small hybrid aircrafts might enter the picture in few decades but we won’t see any commercial electric planes being developed and adopted by carriers in the next 40-45 years.

Tech-driven differentiation to be game-changer for APAC airlines: Sabre report