Sure air travel is exciting and watching the landscape sprint from inside a train is soothing but nothing comes close to the fun of roadtrips. The freedom of exploring at your will, taking detours when you come across a beautiful sight, sprinting on the winding mountain roads and all the little known destinations on the way make travelling by car a rich experience.

Cars as we know them have come a long way since their inception. Just in the last decade, we have seen some major transformations to suit the modern traveller’s needs. Tech giants like Intel, Microsoft, Nokia and Google are working with car manufacturers to enhance the driving experience and a lot more is in pipeline for the near future. We list down 5 technologies that travellers will find in the cars of future.

The days of conventional dashboards are long gone. Most manufacturers offer high end infotainment systems that smartly take care of everything, be it your phone calls, music, navigation or climate control. But you still have to take your eyes off the road to look at the map or check the speed. Manufacturers like BMW offer something called HUD or Heads up display. With that you can see some vital information on the windscreen only. This makes the job easier for driver as he/she won’t have to look around the cabin while driving. 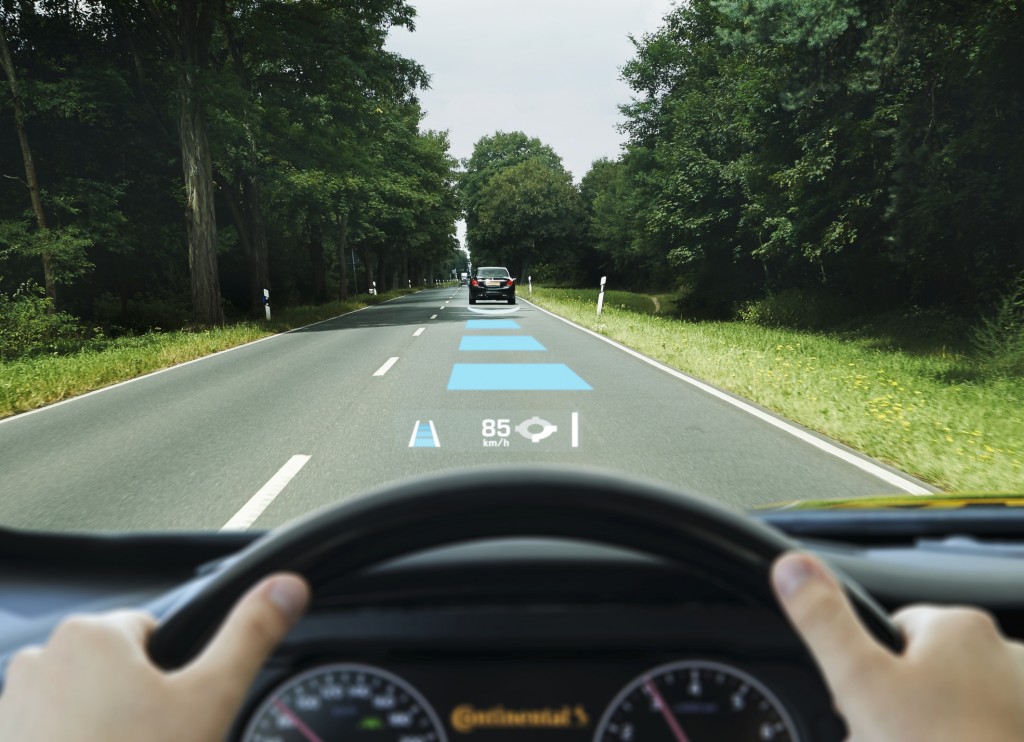 AR Heads up display by Continental

Now they are working on augmented reality displays that can identify objects in front of the vehicle and overlay information accordingly. It won’t be similar to what we saw in the Mission Impossible movie but it is going to be close enough. Something like the Nokia City Lens tailored for your car. Imagine you are approaching a turn you are supposed to take, the GPS will highlight the exact lane you are supposed to use. It can be of great help as navigating on conventional GPS systems gets a bit tough at complicated road junctions. It could also indicate when you are too close to the car ahead so that you don’t end up rear ending someone.

Do you wave a hello when you pass by someone familiar? Now car makers are working on technologies that will allow your cars to do the same. Vehicle to Vehicle communication technology will allow cars on the road to communicate with each other and it is already being tested by Ford. It will help reduce the number of accidents as cars send wireless signals back and forth about their position to other cars in the vicinity. This information will be used to warn the driver or even brake automatically if another car is in your car’s projected path. 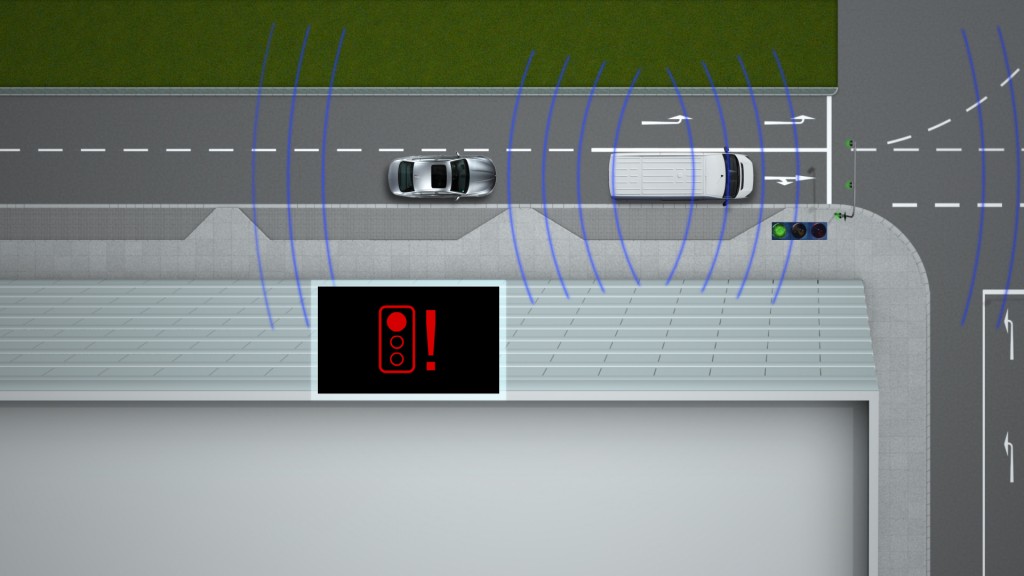 Along with this, researchers are working on Vehicle to Infrastructure communications as well. Signals and signposts will interact with your car so that you get detailed traffic status and the traffic law enforcements applicable in the region. So right when you travel to a new city, your car already knows the speed limit and traffic restrictions, saving you from accidentally violating any rules. This technology leads to the next big technology on our list.

Almost all the major car manufacturers are trying to cut down the role of driver which isn’t going down well with the petrolheads. Not only the car manufacturers, but technology companies like Apple and Google are working on their versions of driverless cars. The Google car has already covered over 200,000 miles on public roads with only minor mishaps and this is when the proper infrastructure required for the car is not in place. It is a clear indication that the technologies are already in place and we might see them in a few years time. 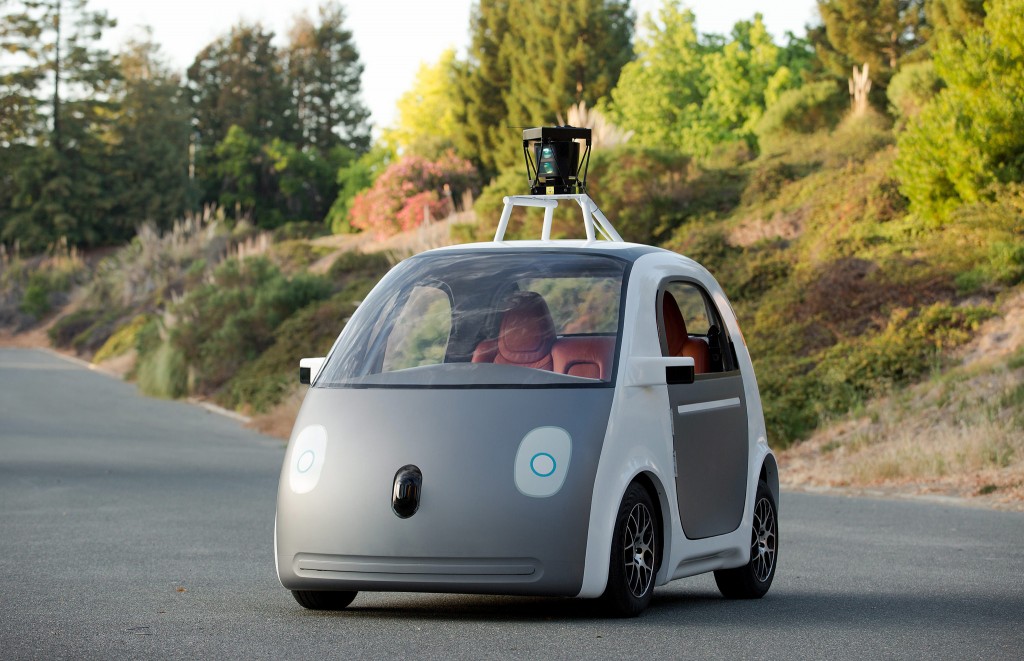 Many manufacturers like Mercedes, Volvo, BMW and VW already make cars that can park themselves or apply brakes when required but that is still a very small step in the direction. Even though completely driverless cars already exist, setting up an entire ecosystem won’t be easy. A group of hackers recently demonstrated how they can take control of steering and brakes of many modern cars using their laptop (the list includes some major names like Chrysler, Audi and Jeep). The risk magnifies multifold in a completely driverless system. Manufacturers have to ensure security against such threats before they go out and start selling these cars.

From a small piece of metal to fancy looking fobs, the car keys have changed just as much as the automobile. Even the most basic cars come with keyless entry system nowadays. These systems sound so good in theory. Walk to your car and just pull the door handle without having to bother about taking the keys out of your pocket. But in the real world, these systems get annoying at times.

This might change with the introduction of biometric sensors on our cars. So unlocking a car would be just as seamless as unlocking an iPhone 6, simply put your thumb on the sensor and drive away. 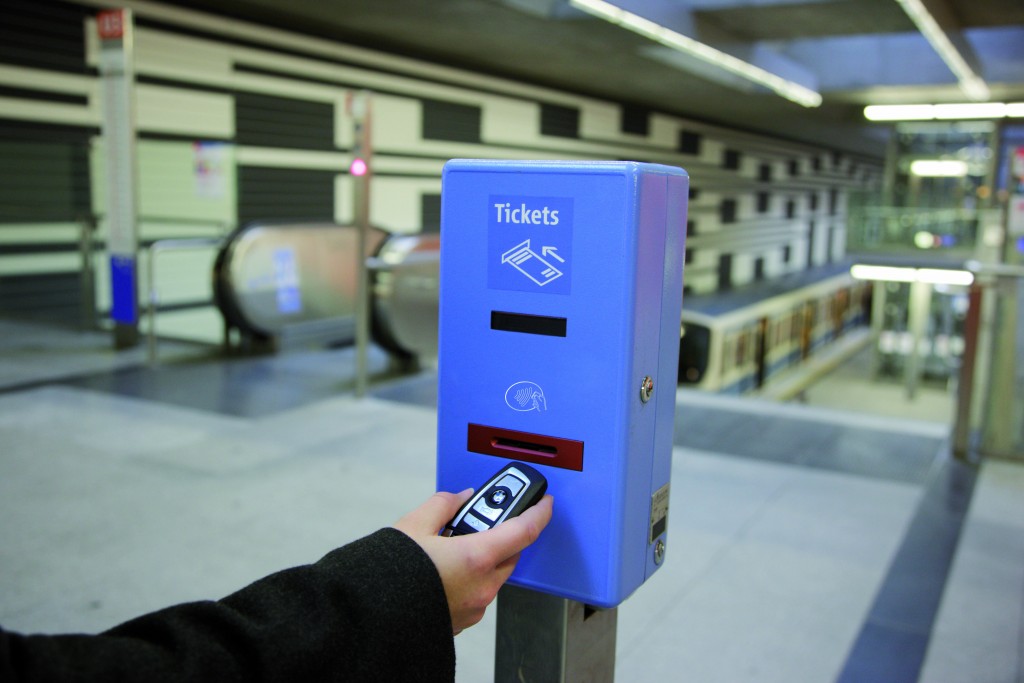 In future, your key will pay the parking bills

While some manufacturers are trying to eliminate the concept of keys, the nice people at BMW are trying to add more features to it. They have a prototype ready for a key that can be used for contactless payments. Paying for tolls, parking and other car related expenses can all be taken care of with just your car key. Skymeter is another company working on similar solutions and this technology might arrive as early as 2016. On longer trips, you often encounter many toll booths and with such technology, you will spend more time driving and less time queuing up at toll booths.

Driving very long distances is tiring and a large number of accident are caused because of drowsie driving. Some manufacturers are trying to put different sensors inside the car to ensure that the driver is attentive at all times. If the driver isn’t attentive, the car will play a buzzer to notify and also manoeuvre the car if the driver isn’t able to respond in time.

VW already demonstrated such a system at its proving grounds in Germany and it works quite well. The challenge with such a system is for it to figure out when the car is swerving into the wrong lane and when the driver is actually trying to switch lanes. That is why in the initial stage, we might see it being employed with adaptive cruise control rather than being functional all the time.

These are just some of the technologies that we think will change the experience of travellers in the near future. The advancements in this field have surely exceeded our expectations. There are many other technologies like heat sensing night vision or active lane assist that you will find on premium vehicles. Travelling via road is generally considered to be less safe as compared to other modes. These technologies will make the journey safer for travellers while enhancing their experience.

Tripadvisor is one of our major competitors, Eric Gnock Fah – Co-Founder Klook.com