‘Do we really need any other hotel booking platform’, was perhaps the first thing that came to our mind, when we heard of RoomsTonite, an on-demand hotel booking startup. However, we did a little bit of reading about this startup and were quite convinced to try out its app. We downloaded the iOS app and must admit, that our initial thought has changed in a big way as RoomsTonite seems to be here to make a big dent to the market of hotel bookings apps & websites. 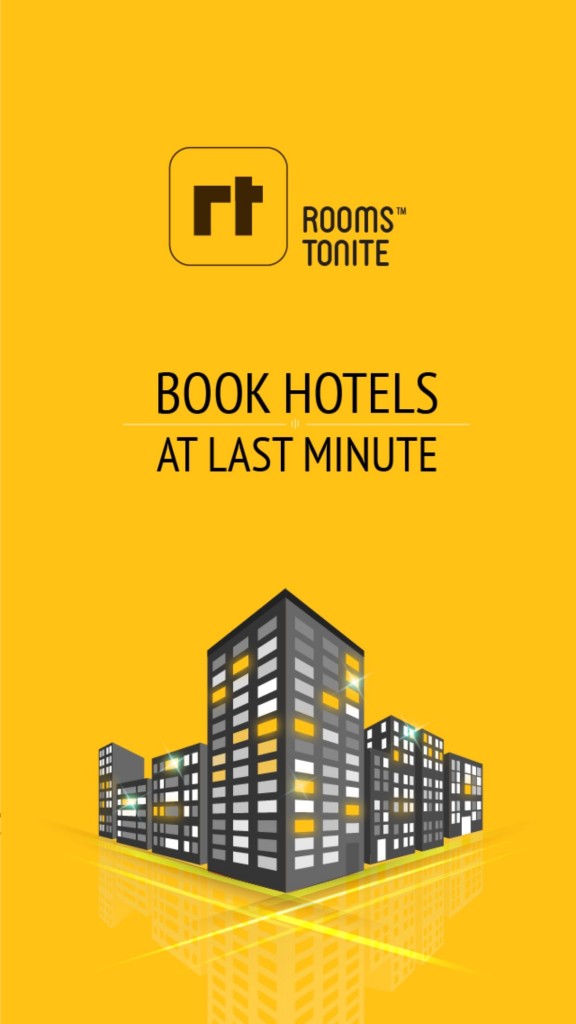 Will Last Minute Booking work in the Indian context?

With increase in travel patterns, the category of unplanned travellers has also gone up which means many there are many holidayers who look for a hotel only after arriving at their destination. Similarly, there are many who have to travel at short notices which makes the whole process of planning for a hotel stay very tedious.

According to Suresh John, Founder & CEO of RoomsTonite, Forty per cent of hotel rooms remain unsold, as average occupancy rates in India hover between 50-60 per cent. While on the demand side, mobile only marketplace RoomsTonite is helping hotels with higher occupancy, on the consumer side they are providing last minute discounts which are better than what’s available in most other websites as their pricing remains static.

To find out the advantage RoomsTonite provides, we did a realtime search for a hotel booking in Delhi. We picked an OYO Rooms property from Greater Kailash – 1 area and did a direct comparison with their website rates.

The price for 1Room, 1Night stay at RoomsTonite comes out at 1839 INR which is 20% cheaper than the listing on OYO Rooms website. We ended up applying their promo code RTMAGIC which reduced the price further by 400 INR providing significant savings of around 35%. 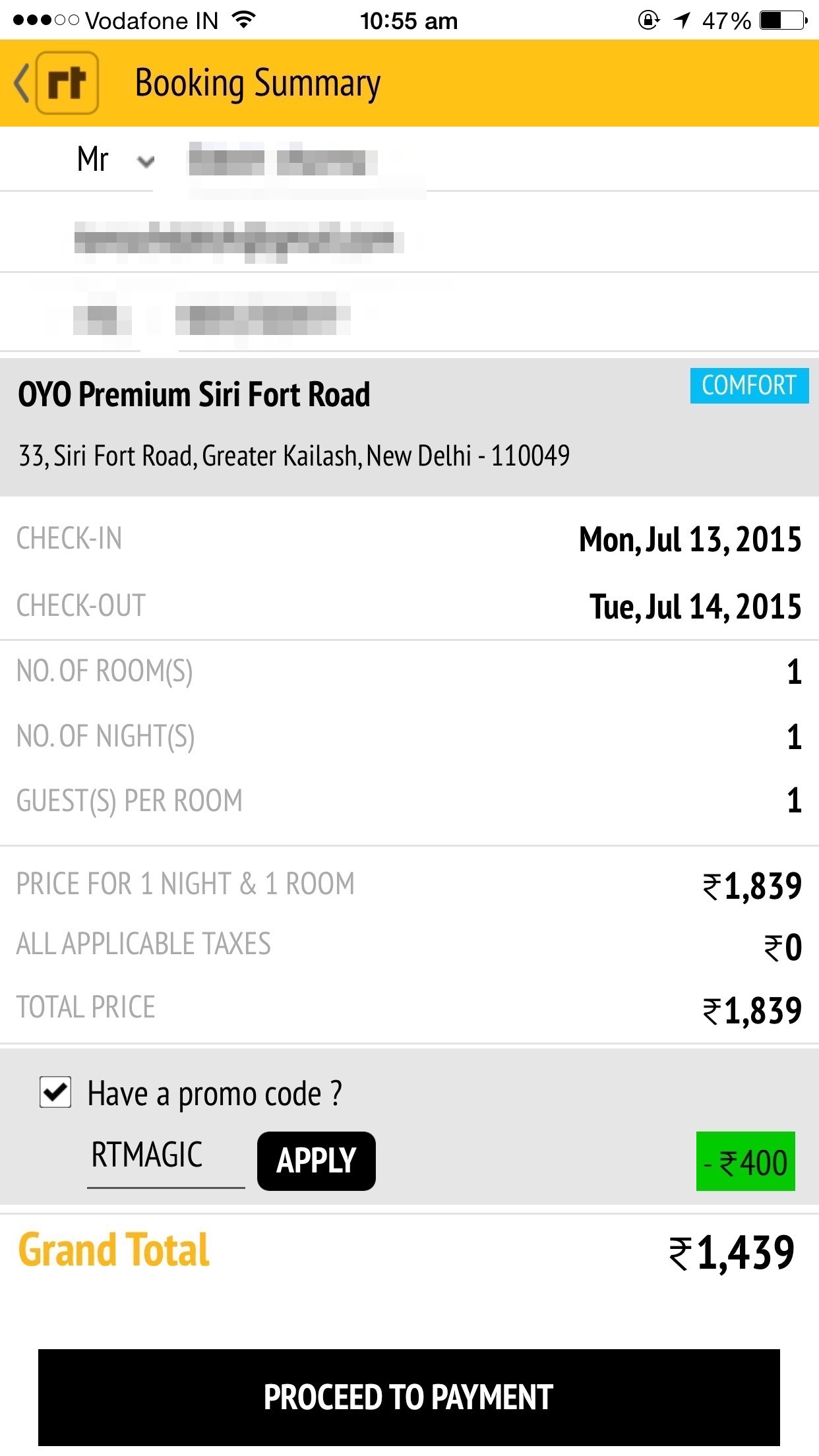 The price for the OYO Premium property on RoomsTonite mobile app. 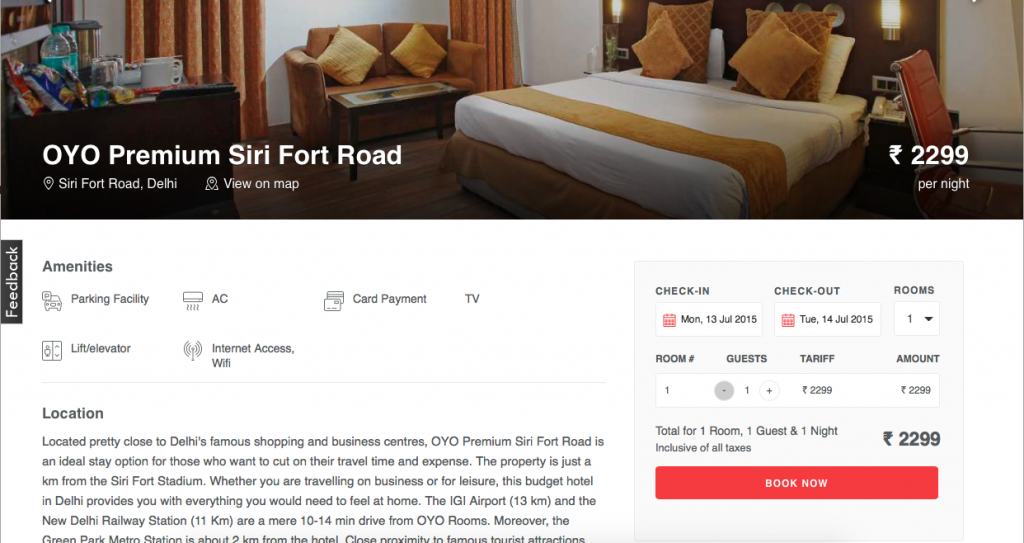 What can be made better?

With over 100,000 downloads already, RoomsTonite certainly has all the elements to be that one app in every Traveller’s kitty. With few improvements, they can make the experience even better:

These are very early days in the journey of RoomsTonite. One of the biggest challenges they will face is from traditional hotel booking powerhouses such as Goibibo, MakeMyTrip and ClearTrip etc. Most of these sites have a loyal customer base and even the last minute bookers head to them to make their hotel bookings. Their customers will require more convincing parameters other than the price-point itself. That’s where the overall experience of the customer will count!

We wish RoomsTonite all the best in their trip