Smart airports are all set to take over the travel industry.

With the advent of the era of robotics, biometric check-in and augmented reality, airports across the world, particularly Asia, are now promising to to make passenger travel experience more efficient and comfortable. According to Zion Market Research, Global Smart Airports market is set for rapid growth, and will reach around $17.19 billion by 2022.

Here’s a list of some of the top and latest technologies in Asia-Pacific airports.

Tokyo’s Haneda International Airport is already planning to introduce eight fast travel features to provide passengers with better services. These include the introduction of new technology at the check-in and security gates. Haneda already allows passengers to check in and obtain their boarding passes through automated self-service counters, print and attach their own baggage tags, use dedicated bag-drop options, and self-scan their boarding passes at self-boarding gates.

Moreover, a fleet of humanoid ‘Pepper robots’ was sent out among passengers at the airport in February to cope with the surge of Chinese tourists arriving for the Spring Festival holidays. The Pepper robots were programmed to communicate in English and Chinese, and to provide information on access to gates as well as dining facilities, retail outlets and public toilets. Earlier, Haneda had deployed another robot variant, the humanoid EMIEW3, to reply to questions from travellers.

The Hong Kong airport is seeking to transform the passenger journey into a fully automated and self-serviced process. The self-bag drop service was first introduced in 2016. To date, 120 self-bag drop counters have been installed in the airport.

Since end-2017, the airport has introduced iCUSS mobile check-in kiosks for travellers to complete their check-in procedures anywhere, from the airport terminals to external locations such as hotels, theme parks and conference centres. The entire check-in process is now more efficient for passengers.

It is also set to roll out biometric technology services from late-2018 onwards. By showing their passports and having their faces scanned at check-in, travellers will soon get through security and immigration checkpoints for boarding without having to produce their passports repeatedly. The HKG My Flight mobile app recently added an augmented reality (AR) navigation function, which guides passengers towards facilities at the airport with instructions overlaid in camera view and terminal signage in users’ own languages. It has also launched MyTAG, a smart luggage tag that notifies passengers on their smartphones when their checked bags arrive at the baggage reclaim carousel.

Incheon International Airport’s new Terminal 2 was opened in January for the Pyeongchang Winter Olympics, with a focus on technology and innovation to enhance the passenger experience. The latest addition to Incheon is reportedly going to be the Chatbot, which is a talking robot that interacts with passengers, featuring a message programme that enables it to communicate information about the airport’s facilities to travellers. 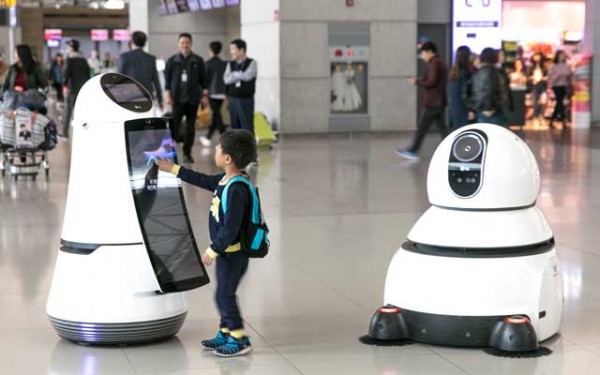 A portable biometric security system was also piloted at Incheon earlier this year, and is expected to be rolled out throughout the airport by summer 2019. Earlier this year, remote check-in facilities at bus and train stations were rolled out in central Seoul and across South Korea. This new system enables passengers to check in their luggage and obtain their travel documents prior to their arrival at the airport.

Malaysia Airports Holdings Berhad’s (MAHB) digital transformation strategy involves the use of big data analytics and the Internet of Things to improve the passenger experience and operational efficiency at the five international gateways, including Kuala Lumpur International Airport (KLIA), and 16 domestic airports it manages.

MAHB is also going to team up with information management specialist OpenText to innovate KLIA and klia2 operations, including developing intelligent automation, predictive analytics and expanded digital services at both terminals.

In early June, MAHB introduced the MYairports mobile app, an airport travel guide, under its Airports 4.0 digital initiative supported with a RM30 million (US$7.5 million) investment. MYairports allows passengers to plan their journey, providing users with real-time flight updates, shopping and dining promotions. Additionally, airport services such as self-check-in and self-bag drop facilities and passengers’ authenticity can be verified as well. 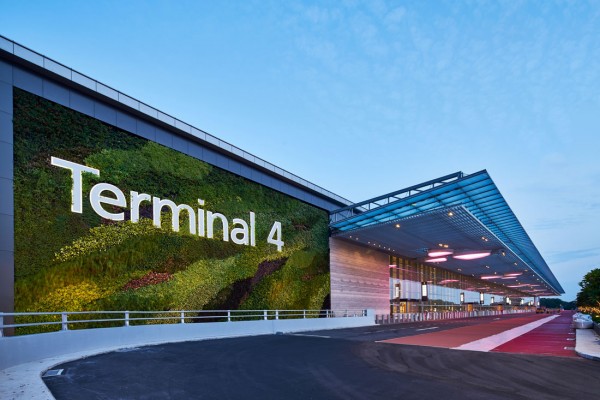 More work is underway for lifestyle complex Jewel Changi Airport, which will have a range of play attractions, indoor garden trails and F&B outlets. To top this, will be the launch of the Canopy Park that will feature attractions such as sky nets, hedge and mirror mazes, trees and palms, and dining outlets.

Digital Travel APAC 2017 to address the most pressing digital challenges

Get a glimpse into the future of smart travel, courtesy Care-E