Lee McCabe, Global Head of Travel at Facebook recently took the stage at Phocuswright India and talked about how smartphones are driving the digital revolution. The focal point of his keynote was how media consumption is changing and what businesses need to keep in mind to cater to mobile first consumers. Here are some key highlights: 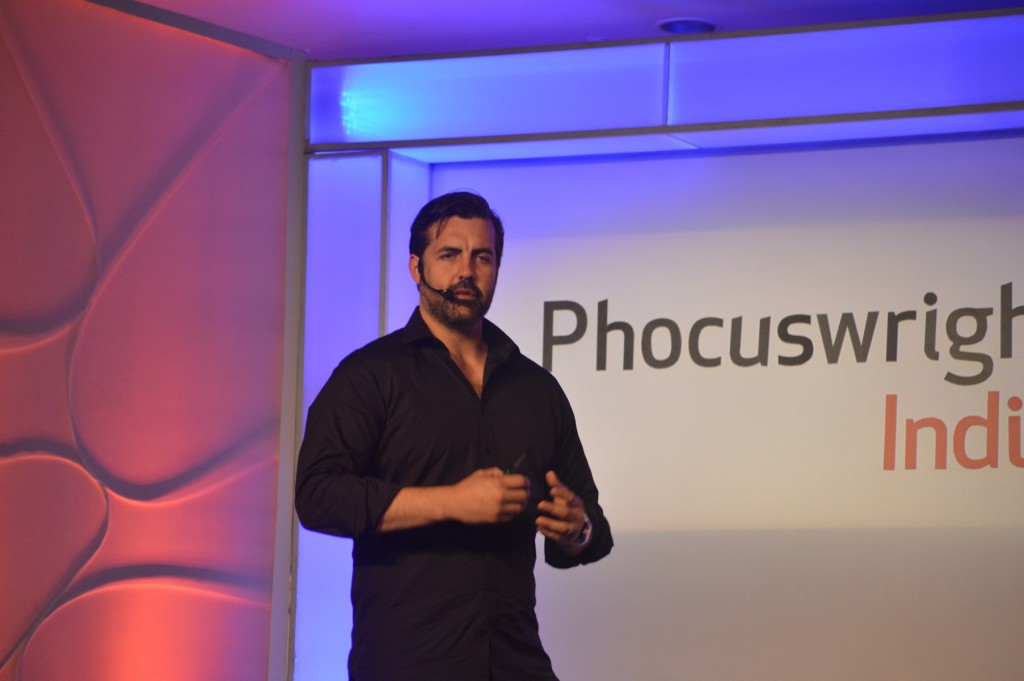 Social isn’t just about the numbers

He highlighted the fact that some companies are still caught up in the race for likes and comments. It is time they accept that Facebook is a media platform with a huge audience that they can leverage to grow their brand. It is no longer about fan count and likes and it could be a game changer once these companies get that.

Mobile is a consumer behaviour

Smartphone have been adopted so widely that they have become a part of the consumer behaviour. People are spending their time across multiple devices and around 40 percent of the users use more than 3 devices. 60 percent of the users use their mobile devices as their primary source of internet access which means that brands strongly need to tailor the experience for mobile first users if they haven’t already.

We have moved from text to images to videos and going forward, new formats like 360 videos and VR will gain traction. Each one of them offers a better experience than the one it follows. As consumers choose these new formats, brands should also adopt the new formats to connect with their audience.

Media consumption isn’t exactly shifting from one device to other but is stacking up between multiple devices. People often consume media from multiple screens at the same time. However there is a steep decline in the use of conventional media consumption channels like TV among the millennials.

Even after so much buzz about mobile, a large number of travel brands aren’t focussing their efforts on mobile. Going by the data shared during the keynote, last year out of the total $44 billion spent by travel brands in marketing, $8.2 billion was on digital out of which only $2.4 billion went towards mobile. This indicates that digital marketing and specially mobile is still untapped and offers plenty of headroom for growth.

The number of apps in use isn’t increasing

We will be sharing more stories from Phocuswright India in the coming week. You can check them here.

The state of affairs of online travel market in India: Criteo and Phocuswright

Airlines Technology plans to change how airline tickets are bought