Google and Apple provide impressive navigation apps on their mobile devices but they require an active internet connection to work. These apps for offline maps are available for free and would allow you to navigate without the use of a data connection which could be of great help for many.

I find myself listening to internet radio more often now. My telecom operator offers me heaps of data at decent speeds without giving me a heart attack at the end of month. Why should I even bother burning the limited storage space on my phone! Same goes with the maps. I tend to lose my way around the city but my phone, thanks to the internet and GPS, makes sure that I reach my destination. But then during a couple of outstation trips, I was left stranded on the side of the road waiting for any sign of mobile network. This made me rethink by dependency on online maps. Google Maps offers the option of saving maps offline but it isn’t possible to save more than 50km x 50 km. On top of that, the navigation doesn’t work offline so it is pretty much useless without an internet connection. Since then I have been trying to find some good offline maps and compiled a short list after living with them for a while. These apps would also be of great help if you have a limited data plan or if you travel abroad often. Of course you will have to download large maps first but you can do that on your home (or office) Wi-Fi or at the neighbourhood coffee shop. 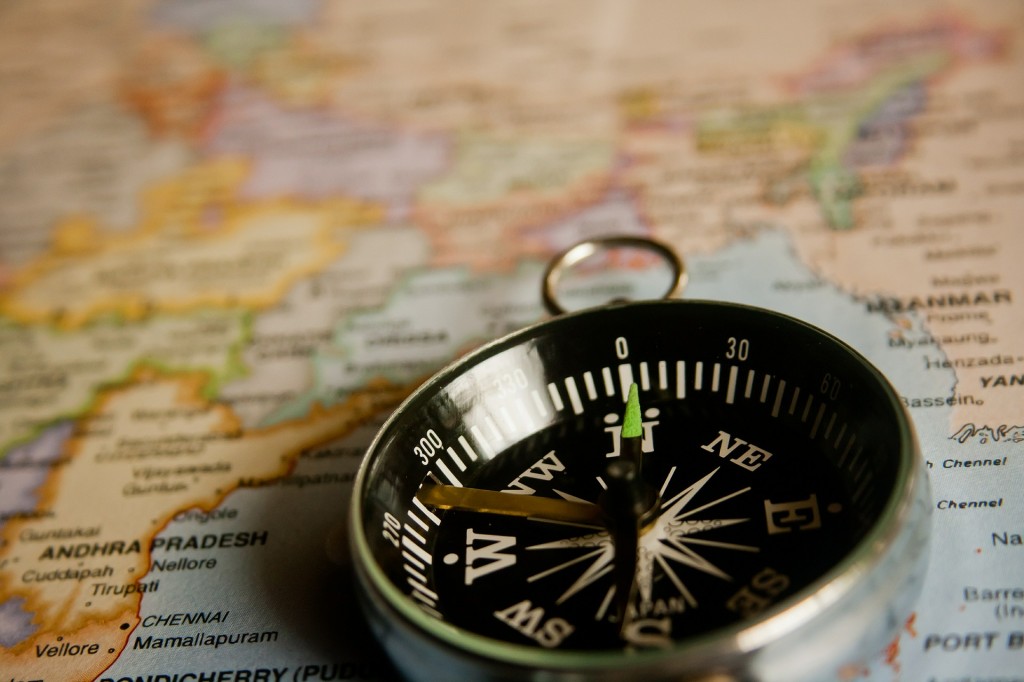 Nokia has been offering maps for mobile devices for a very long time now. The good old Symbian devices used to come with Ovi maps that would allow the users to download the maps for their country. High speed mobile data was non-existent in our country back then so the offline maps were really useful. Google Maps was in the picture but it didn’t offer features like navigation or offline access. The maps on Ovi weren’t as detailed as on the Google offering but still they were good for most parts of the country. Here Maps is the modern version of same old Ovi Maps. It was exclusive to Nokia until a while back but arrived on Android last year. 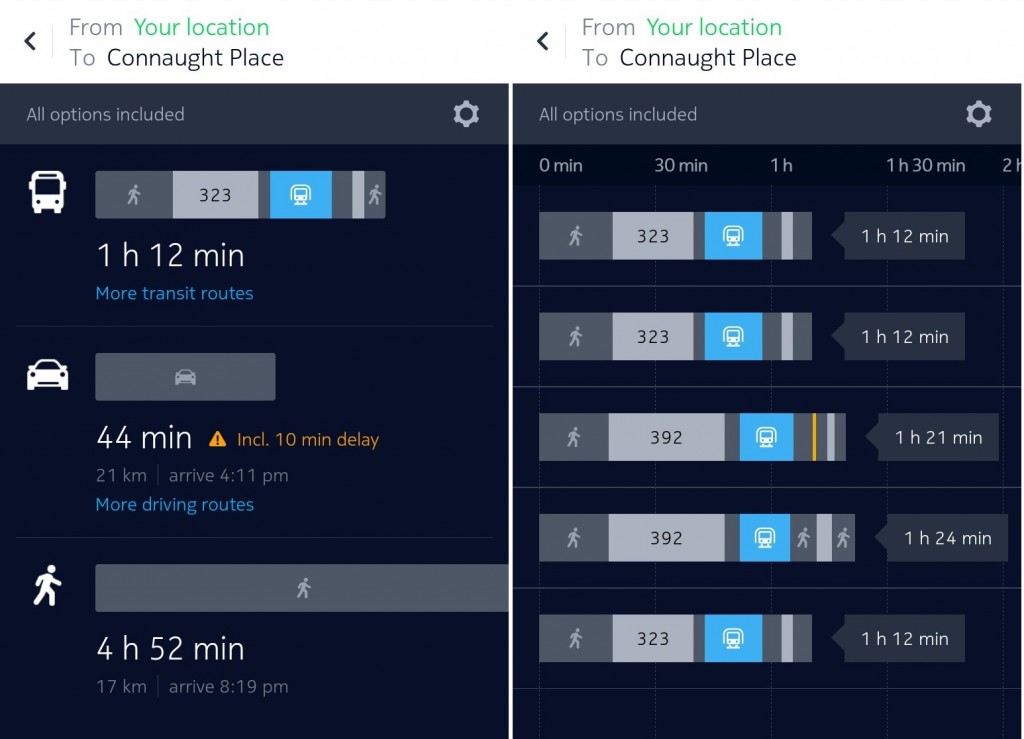 There are a lot of reasons to love this app. The voice guided navigation is detailed so you don’t have to look at the screen frequently while driving. You can choose to download maps by regions so you don’t end up wasting storage space for states you don’t plan on visiting anytime soon. And when you plan to, you can easily download the maps for that particular state before your visit. The interface is simple and it is easy to keep your pinned locations organised. This is one app you should definitely give a try.

Mapfactor makes use of OpenStreetMaps for the map data and offers a plethora of features. It offers detailed turn by turn navigation for many countries and you can download the maps to your device for offline use. Just in case you are not a fan of OpenStreetMaps, you can choose to use map data by TomTom but you will have to pay for the latter. TomTom makes satellite navigation systems for vehicles and their maps are well tailored for the job. Mapfactor also offers a wide range of customisation options from colour of maps to the options on bottom bar.

Navmii is another navigation app which uses OpenStreetMaps and can be used offline. It doesn’t offer as many options as the apps listed above but simplicity works for many. The interface isn’t very fancy but it appears that they were targeting efficiency rather than flamboyance. You will be seeing an ad on the top but you can get rid of it by paying a nominal amount. There are multiple voice packs available for download including some paid celebrity voices. The best feature of this app is an integrated music player with large controls. The app has some rough edges that need to be filed out but it is well worth a try. 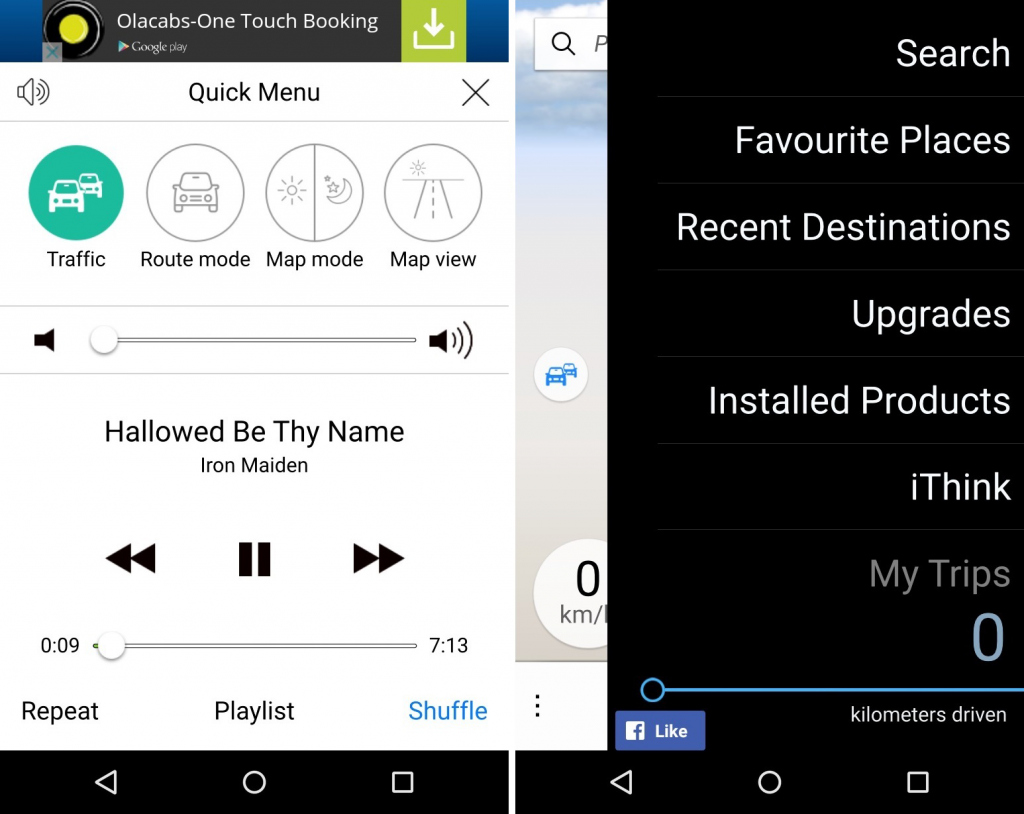 Okay we have got too many of the navigation apps running OpenStreetMaps but the reasons are very obvious. OSMAnd recently got a makeover to go better with the Android material design. The interface would take a while getting used to as the controls are a little confusing. What puts it above other navigation systems is the amount of content you have here. You can choose from multiple maps and even overlay it with maps by Bing if that works for you. Ski Map is a map pack which might not be very useful but indicated the range of options they have offered here. 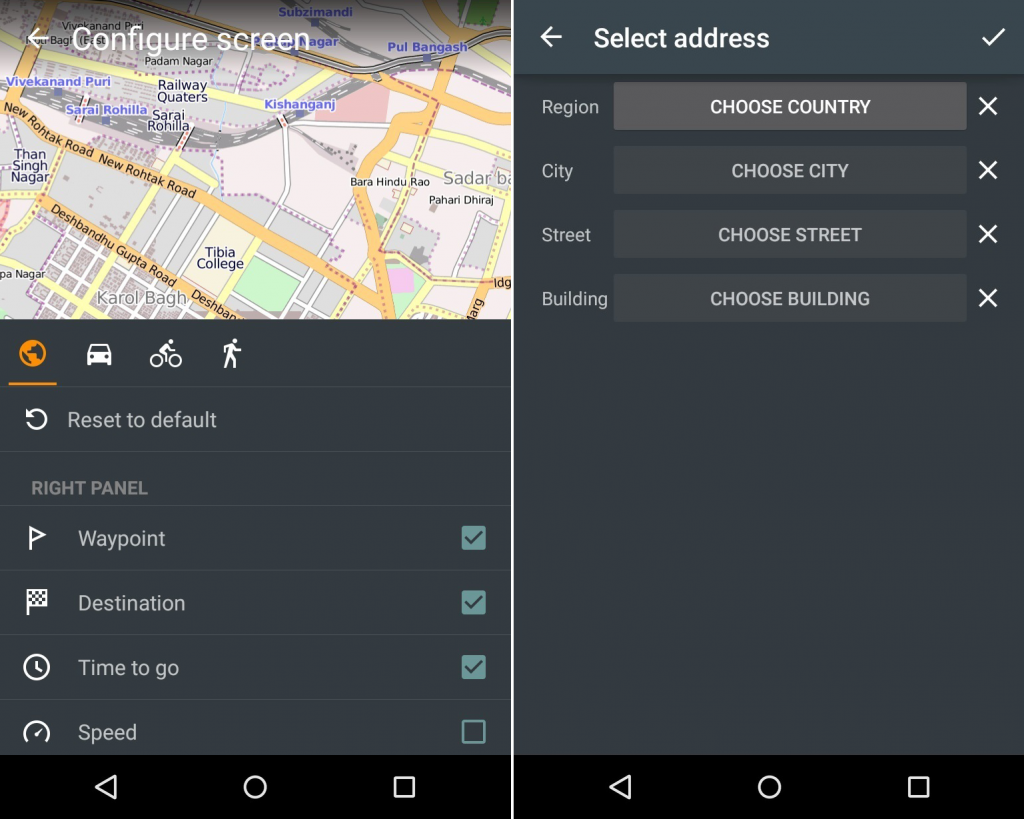 The maps are detailed but entering address is tiresome

Update- It was announced at the 2015 Google I/O that GMaps will also come with the option of downloadable maps soon.