With the increase in number of mobile and internet users, many Indian destinations have started actively promoting themselves on social media. DMOs like Kerala Tourism, Goa Tourism and Chhattisgarh Tourism among others have been hosting activities and campaigns to promote tourism in their respective states via digital platforms. Now Kerala Tourism has come up with a new campaign titled Kerala Bid Wars. 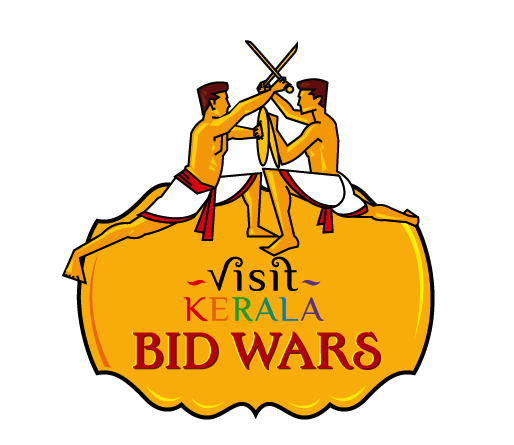 In this campaign, they are conducting a unique bid contest on Facebook and their Android app. It is targeted at domestic travellers and the winner of each bidding game will win tour packages from state accredited tour operators. The value of packages will range from INR 8,000 to INR 78,000. This contest is being organised as a part of ‘Visit Kerala 2015’ which was inaugurated earlier this year by Kerala Tourism Minister Mr. A P Anilkumar.

“Kerala Tourism enjoys round-the-year engagement with our huge fan base across the world,” said Kerala Tourism Secretary Shri G Kamala Vardhana Rao. “This bidding process is a unique way to acknowledge the bond with each other,” he added.

To participate in the contest, you can go to the Kerala Tourism Facebook page or download the Visit Kerala Bid Wars app. On the Facebook page, you can click on Play Game link or the Kerala Bid Wars tab to participate. Once you enter, you will see the package on offer and you have to enter the lowest unique bid in order to win. Each package is available for a certain amount of time and you can only bid once for a package. You can place any bid (even as low as Re. 1) for a package that costs INR 15,000 and if no one else enters the same number, you will win the bid. The mobile app works in a similar fashion once you login using your Facebook account. The winner for each bid is announced via a Facebook post with the winning bid amount before a new package is available for bid.

The Kerala Tourism Facebook page has got over 1.1 million fans and this contest will boost the number even further. While the idea is good and is sure to get lot of interaction, they could have done a few things in a better way. Users can’t bid more than once which means there is no repeat engagement until there is a new package up for bid. They could have increased engagement by allowing for more bids if the bid isn’t unique. Sure that would have driven up the bid amounts but that could have been addressed by allowing amounts in decimals.

Another factor is that there are no smartphone notifications when new bid is available on the mobile app. The key to good apps is generating repeat user engagement and notifications play a big role in that. In this case, each bid lasts for days and many users might even forget they participated in any contest. (Update: Changed in latest app update)

While they notify the winner and winning bid through a Facebook post, the app could do with the option of a simple list with past winners as well. Users coming back to the page after multiple days might not like the idea of scrolling through the Facebook timeline and adding the list in app itself will further boost participants’ trust. (Update: Changed in latest app update)

Their team of developers is very open to suggestions and was quick to roll out an update. The updated version of their Android app has got a much better interface and includes complete details about the package on offer. A new menu item called Past Bids has been added where you can find the previous winning bids along with the name of winners. They have also added push notifications to the app so that you are notified as soon as a new package is available for bid. Just in case you don’t want the notifications, you can choose to disable them in settings. Some comments on Google Play Store also demanded for addition of other login options apart from Facebook so it is possible to login using email ID in this version. We really appreciate the promptness they have showcased in changing the app to improve user experience. There is definitely an example for other DMOs here.

The contest started last month and will be running till December 20, 2015. You can check-out their Facebook page or download their Android app to participate. Bidding for a package hardly takes any time and with Kerala being one of the most beautiful destinations in India, we’re sure you would like to try out your luck.

Do tell us what you think of this campaign by Kerala Tourism!