Hotel search platform Trivago, which initially filed to go public in November, is moving ahead with an initial public offering at a price of USD 13-15 per American depositary receipts. The company is expecting to raise close to USD 428 million at the top end of the range. Expedia is a majority shareholder in Trivago with 63.5 percent stakes and will continue to own a controlling stake in the company. 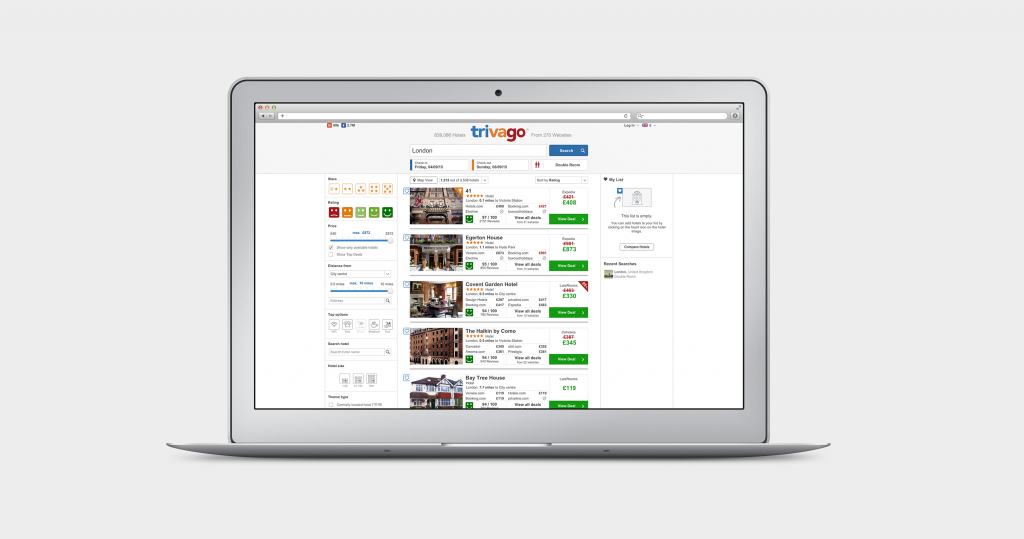 Named as Travel B.V. officially, the company will change name to Trivago to keep it in line with the platform. According to the SEC filing, the offering will include Class A and Class B shares. The planned IPO includes around 28.5 million ADRs. The company plans to sell around 18.1 million ADRs and selling shareholders plan to sell 10.4 million ADRs with the company not receiving any proceeds from the sale of shareholder ADRs. Expedia will be the sole holder of Class B shares upon completion of the IPO.

Trivago generated USD 425.6 million revenue in the first three quarters of this year which is significantly up from last year. Following the IPO, the company is set to undergo a corporate reorganisation to simplify its structure. The recent acquisition of Skyscanner by Ctrip should also help Trivago as it might drive up the demand for Trivago shares.

Trivago will be listed on NASDAQ under ‘TRVG’.

Booking.com leads the big spenders for PPC in the travel sector