Traffic congestion is an old but prevalent problem in India. Last year, 1.88 million passenger cars were sold in the country. In March 2013, the total number of registered vehicles reached 172 million. This traffic congestion is faced by Indians on a daily basis.

To eliminate these major traffic woes not only India but other countries too, skyTran, a Personal Rapid Transit system is already being developed by Unimodal Inc. and NASA. According to the report, this transit system would combine magnetic levitation with computer-controlled cars flying along rails suspended above-ground. The low-cost network would give passengers the liberty to reach their destinations without facing any traffic jams or halting at intermediate stations. This will be similar to the transit system shown in the animated, comic science fiction show ‘The Jetsons’! 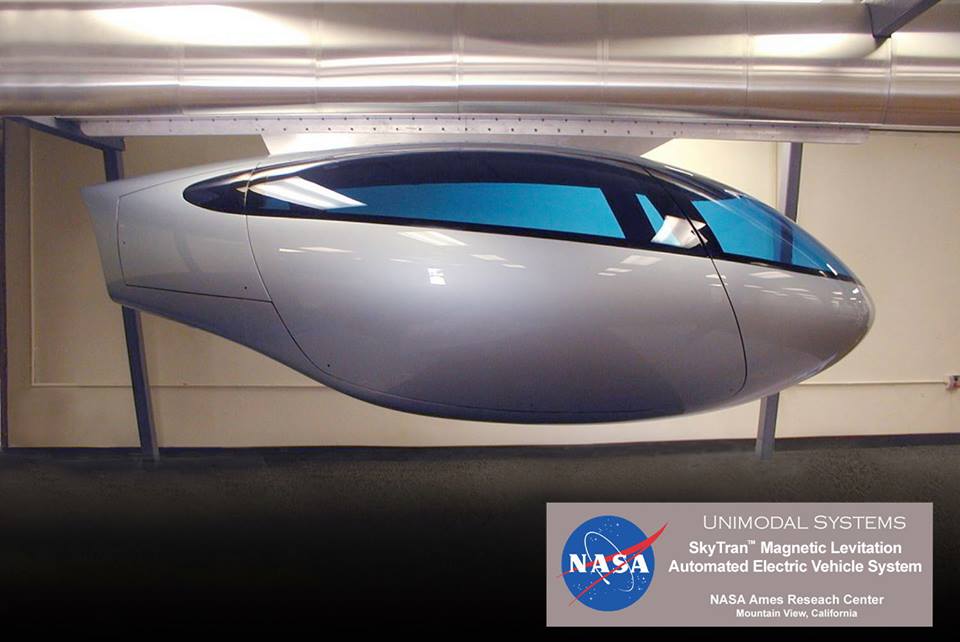 Through his personal experience of facing traffic congestion in India, Jerry Sanders, the CEO of skyTran, stated that  ’60 minutes’ drive could easily convert to  ‘4 minutes’ drive by this futuristic transit system. Focusing more on India, the skyTran CEO brought to light that this Asian country is already ‘paying a very high price for congested traffic’ i.e. pollution health, stress, time lost and GDP.

skyTran can eliminate India’s major traffic woes to a great extent. Here are some key highlights of the system:

The pilot version of it is present in NASA. The prototypes are already being developed in Tel Aviv, Charles De Gaulle Airport, Atlanta Airport and Baltimore.

To check out more details of this project, please watch the SkyTran NASA talk below by Jerry Sanders, the CEO of skyTran, that took place in the city of Mumbai, India:

Google’s Chairman – Eric Schmidt – has recently backed this inventive project through an undisclosed investment. The developers hope that within 5 years, skyTran will have a momentous foothold at a global level, especially in India and other Asiatic countries. Ankur Bhatnagar, the Indian co-founder of skyTran and an IIT alumnus, is giving a major push to this project in the Indian subcontinent. Jerry Sanders states that Ankur Bhatnagar is their ‘eyes and ears’ for understanding the Indian market and possible developments that can take place in the years to come.

What is your opinion about the futuristic skyTran vehicle? When developed and launched, would you be excited to ‘fly’ in it?