Internet giant Google India has launched a new smartphone app – Delhi Public Transport App- exclusively for the people of Delhi. This new experimental app will help people get around on public transport with absolute convenience.

‘Delhi Public Transport App’ will be linked to Google Maps. It will collect relevant public transport information from Maps and other Google services and pack them into this app. It will use the same transit data for DMRC Metro, DTC buses, DIMTS buses etc. The travellers & daily commuters can search for metro and bus timetables, directions, check schedules and plan routes through the Google app. 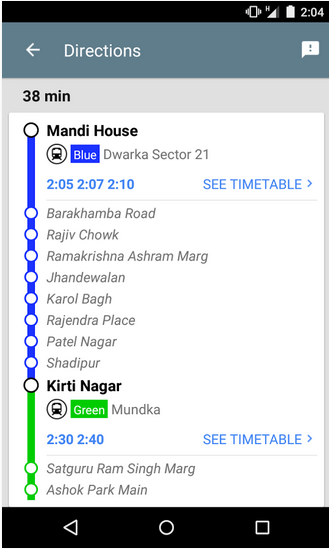 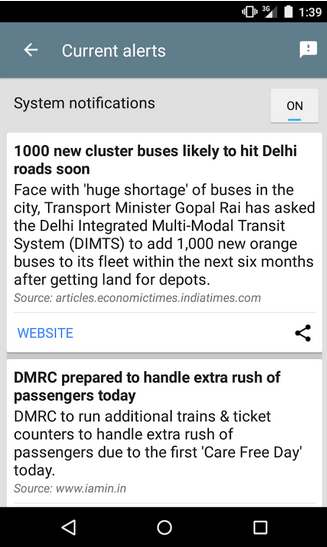 Until now most people have been looking up public transport data on Google Maps but that requires a large volume of data. HERE is good when it comes to offline navigation but you will have to download huge maps for your region first. Delhi Metro has an official app but of course it is limited to Metro and its feeder service only. A standalone app for public transport means that the size is very small (1 MB in this case) and is resource light making it good even for older devices.

The Delhi Transport App is available for Android users from this Google Play Store webpage.

However there are some issues here similar to Google Maps or HERE. While it would suggest a large number of routes, it might miss on the best route at times. For instance, I entered Connaught Place as my starting point and not Rajiv Chowk (which is the name of metro station in that region) and entered Saket as the destination. Instead of the direct metro route between the two spots the app suggested a large number of routes that involved multiple steps. 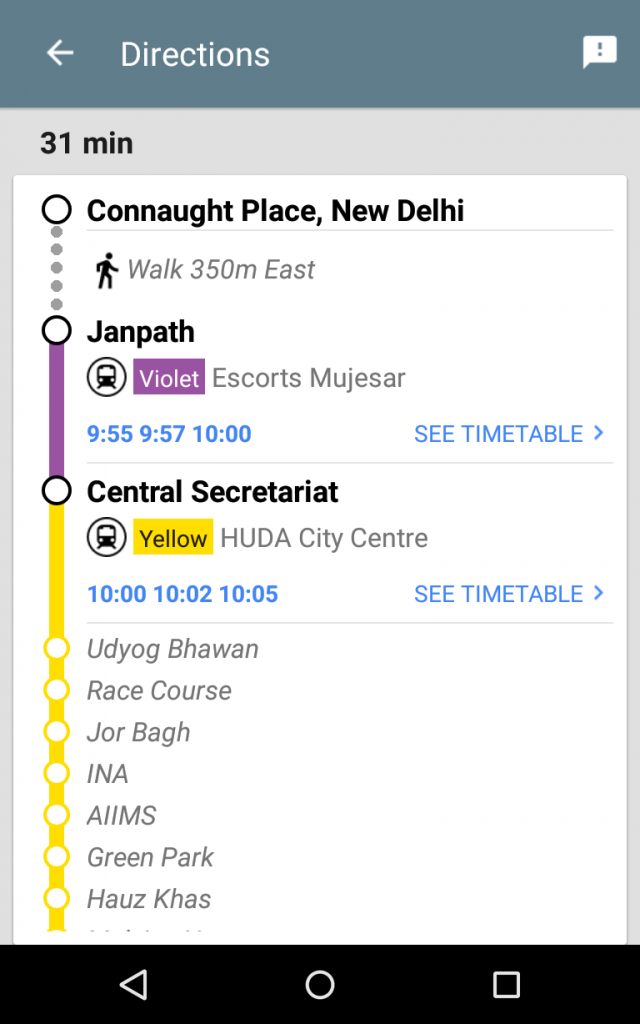 These issues need to be addressed eventually so that tourists can rely on the app and use it to find their route. That said, it has got other features like timetables that can be very useful while travelling around Delhi. You can easily check the routes of buses with their route numbers.

This app by Google is quite similar to Citymapper and Moovit though they are available only in other countries. As it’s planning to expand its mapping services, it might find itself competing against other Indian apps that provide the same service in Delhi.

According to industry sources, around 2.6 million people travel by Delhi Metro regularly and undisturbed internet connectivity while travelling is still a dream. Keeping this in mind, Google’s ‘Delhi Public Transport App’ might just be a step in the right direction. We will be keenly waiting for its iOS version to launch soon.