Over the past decade or so, there has been a great deal of interest in the travel, hotels, and travel accommodations sectors, especially by startup investors. The travel industry has become extremely competitive and hundreds of startups have created entirely new markets for accommodations, even as many others work on new ways of booking travel and making it accessible to more people, primarily using technology. 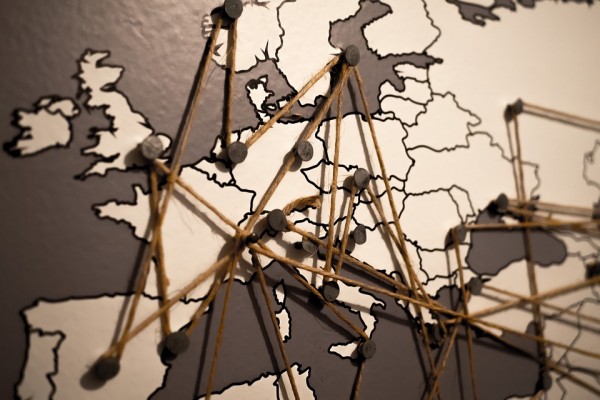 This year was bigger and better for the global travel industry. According to CB Insights, while travel tech had an uneven year, emerging markets stood out as bright spots. As of October 2017, deal activity was on track to surpass last year’s record-breaking 316 deals, while equity funding in 2017 YTD had already nearly matched the 2016 total.

Let’s take a look at some of the top travel deals of the year:

Sharing economy behemoth Airbnb claimed one of the top spots for the largest deals to travel tech startups, closing its Series F round raising roughly $450 million and taking their Series F total to a little over $1 billion. This valued the travel giant at approximately $31 billion.

Southeast Asia’s leading online travel company Traveloka raised US$350 million from Expedia. The round valued the company at $2 billion, making it the second most valuable tech startup in Indonesia.The partnership gave Traveloka travellers access to a diverse set of international accommodations, and conversely, Expedia managed to leverage Traveloka’s local knowledge to deepen its presence in Southeast Asia.

With plans to expand abroad, starting with countries in Southeast Asia, and hopes of doubling their revenue in 2018, budget hotel startup OYO continued to remain an investor favourite. The company closed a $250 million Series D funding round, backed by Sequoia Capital India and SoftBank Group, among others. It then followed this funding with an additional $10 million in funding from Chinese hotel management firm China Lodging Group.

Another Chinese counterpart of Airbnb, home-sharing site Xiaozhu received $120 million in funding. Yunfeng Capital, run by famous investor Jack Ma, led the investment. Joy Capital, Morningside Ventures, and Capital Today also participated in the Series E round, and placed a more than $1 billion valuation on the company. This Beijing-based startup is more like the original peer-to-peer short-term rental model that Airbnb pioneered.

Hong-Kong based Klook, a service for finding and booking travel activities, closed a $60 million Series B funding round led by Sequoia China. Existing backers Matrix Partners and Welight Capital, a firm founded by former Tencent executives, also took part in the funding round. The company, which introduced services such as local transfer options and WiFi device rental, would also soon add options for restaurants, wellness, shopping and more.

6. Goomo inched ahead with a $50 million investment (India, Omnichannel travel-tech)

Omnichannel travel-tech startup Goomo raised $50 million from a Mauritius-based fund manager, Emerging India, to build Goomo’s online platform, products, marketing, and establishing its offline partner network. Founded in March 2017 by Varun Gupta, Goomo has launched its services with bookings for flights and holidays, and trade fairs and will soon be expanding it to include hotels, trains, buses and visas online.

Budget hotel chain Treebo snapped up $34 million in fresh round of funding. The Series C funding came more than a year after Treebo had secured its Series B funding. Hong Kong-based hedge funds Ward Ferry Management and Karst Peak Capital led the latest round.

Holiday marketplace GoFro received $10 million in funding from Japanese major H.I.S. Co., Ltd., a travel agency with its headquarter in Tokyo and India’s largest OTA MakeMyTrip. The company said it plans to utilize these funds by building its tech platform, expansion to new geographies and growing its supply and agent network.

GuestReady, the close contender to Airbnb that manages rentals on behalf of property owners, closed a $3 million seed round to grow its presence in Europe and Asia. The round was led by Impulse VC, the Russian fund that is backed by billionaire Chelsea FC owner Roman Abramovich, with participation from Australia’s Xponova and Boost Heroes, a VC led by Lastminute founder Fabio Cannavale. Existing backers Swiss Founders Fund and Senn and Partner were among others in the round.

What are the other deals that grabbed your attention? Let us know.