This guy’s travel hobby is to visit 10 to 20 countries every year! He is actually on a quest to travel every single country in the world and has visited more than 60 countries already. While exchanging emails with him, we realized that it was the reason for delay in communication – He was travelling again

We are talking about the former COO of Speek, Konrad Waliszewski who has just launched TripScout, an app that helps travellers discover a city with an expert local guide. Currently, available only in select cities in the U.S., the app will cover top destinations in the country and many other international cities by the end of this year. 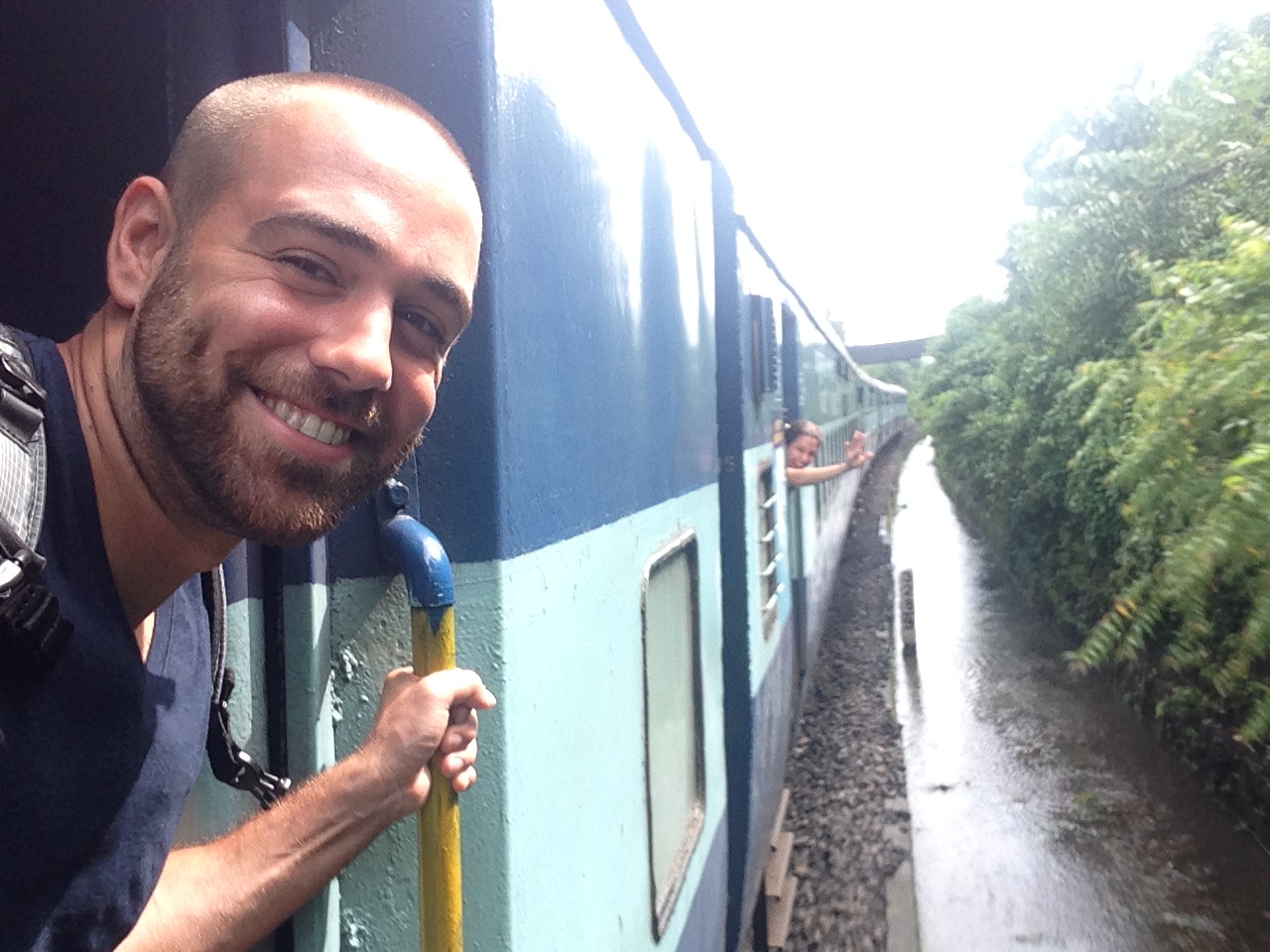 Konrad Waliszewski during his train journey in India

Konrad connected with us to share the story of his new travel-startup.

Fundamentally, how are you helping a traveller?

We provide them with self-guided city tours from a top local guide. This allows them to learn about the city’s history, culture, and food from a entertaining and knowledgeable local, while having an offline map so they don’t get lost or use data roaming overseas.

How big is your team right now?

You launched a little while back. How is the response coming along for Washington DC & Philadelphia.

The response has been overwhelmingly positive. People have really enjoyed the app functionality and content. Travelers have also really identified with our social mission to support local charities in the cities we work in (more about that here: TripScout.co/causes). All the cities have a demo audio module and then you a “Get Guide” section. What happens when a user buys a “Guide”. It gives the user full access to an offline map with GPS that includes locations and audio guides for the top sites, neighborhoods, and activities.

With giants like TripAdvisor & Lonely Planet, Isn’t the “Travel Guides” space, an overcrowded segment to get into?

There are a lot of travel companies out there providing valuable services. However, the one thing that I always wanted on my trips wasn’t available and I spent hours manually putting it together for myself on every trip. If you help make someone’s trip significantly better, I think you have a place in the industry. We do this by curating what they should do, teaching them about the history, culture, and food in an entertaining way, and making it all mobile. 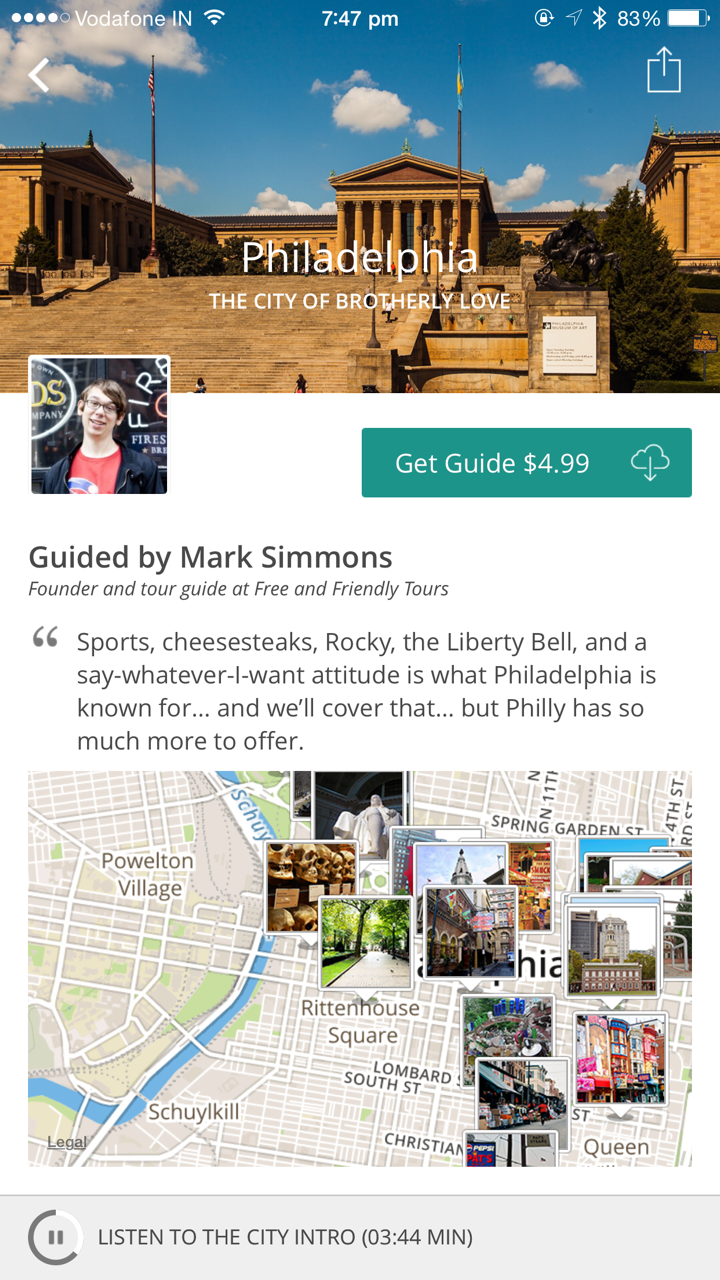 The guide for Philadelphia by Mark Simmons

What’s the plan to scale TripScout in the next 1 year? Will you be looking at destinations outside the U.S.

Yes, we will be adding more cities quickly. I expect to have all the top U.S. destinations and several international destinations by the end of the year.

What are some of the digital trends you are seeing in the travel industry right now.

It’s getting more and more mobile, albeit slower than a lot of other industries. I believe it’s also shifting to provide experiences that are more local and niche.

What are your fund-raising plans for TripScout?

We don’t have any plans to raise capital yet.

You have travelled to over 60 countries so far. Which is the most mobile and tech savvy destination in the world other than U.S. We would love to hear a couple of your experiences

There are some obvious ones like Japan and Korea. However, I’ve been extremely impressed with how countries like Kenya, Uganda, and India have embraced mobile technology in even more sophisticated and advanced ways and bypassed legacy technologies.

The iOS & the Android versions of the TripScout app can be downloaded for free from the respective app stores. While the app in itself is free, you need to download city guides as an in-app purchase.

TravHQ take: We took the iOS version of the app for a spin and found the UI and the overall app experience quite intuitive. It also has several differentiators from similar other apps which drain your smartphone’s battery life by using GPS. There is also a philanthropic connect as users can find information on local charity while travelling with instructions on how to get involved. With Waliezewski’s prior experience and his passion for travelling, TripScout is destined to make it big. We wish team TripScout all the best for their success.

5 car technologies for the traveller of future