Since the advent of time, India has been hailed as the land of spiritual miracles.It still is but the market is downright fragmented and no one wants to enter this space to set it right. Well, we have a story for you all.

Rachna Gulati has a fierce experience in finance for 18 years and her will to make her passion for religious tourism a reality was fiercer. She has always been determined to give shape to her passion for serving the pilgrims in her faith-based cruise. She had aggregated a tonne of content with respect to various religious places in India and the facility to book the travel related services at these places. Hence, MyHolyTour was born. 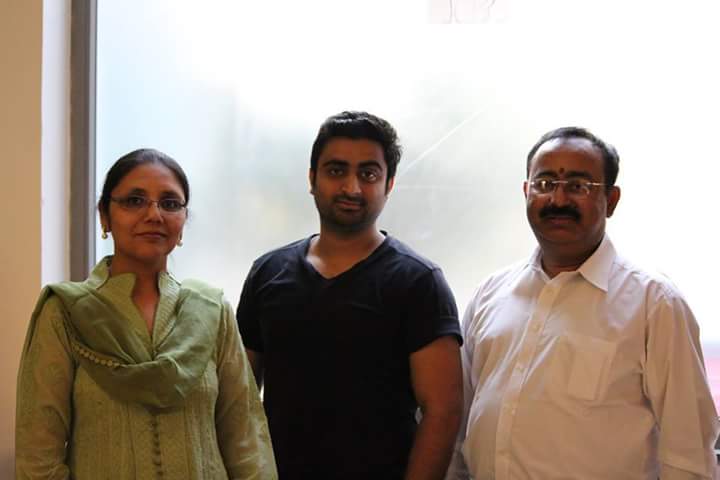 Rachna Gulati with the team of MyHolyTour

Rachna has gone some mile to make her passion her reality. With a finance background, there was not much that she could figure out while she was on a look out for aggregation of content. She went an extra mile to develop the content herself and didn’t feel as if she was delaying the product because that’s what is going to add life to the product. She spent 20 months to give shape to the brand by networking with people who were hustling up the religious space and were settled players. She had put her own individual investment to start off the product as the financial institutions didn’t support the company with funding or working capital loan.

The company has tied up with ixigo and hellotravel and have been working as their religious partners. She had a hard time in making people believe in her product as getting a team together was looking like an uphill task. 7 months of extensive search ended up in getting the core team together and running the pilot for the online platform.

The company aims at establishing this brand as the religious tourism one-stop-shop. It also looks at gaining support from tourism boards in promoting places which are still less visited and very few people know about it. Next step it plans on to scale up the operations by partnerships, collaborations and various other tie-ups.

Yet another start-up in a different fray although spiritual tourism has been trying to hog attention but Rachna made it a reality with her bootstrapped model.

Check for more on MyHolyTour.

Do you have a product as interesting as this? Take up the challenge and register for Startup Knockdown+ now.

‘Our booking confirmation is 12x faster than any OTA in the market’, Rickson Goh, TourPlus

Tripovo offers you the best of both online and offline agents

No coder? No problem. These 7 tools will let you make a chat bot easily