With iOS 11, Apple finally introduced a new framework to allow developers to create augmented reality experiences for iPhone. Naturally, we have seen some interesting applications already. Among those is a concept to make life a little easier for Airbnb guests (and hosts too). 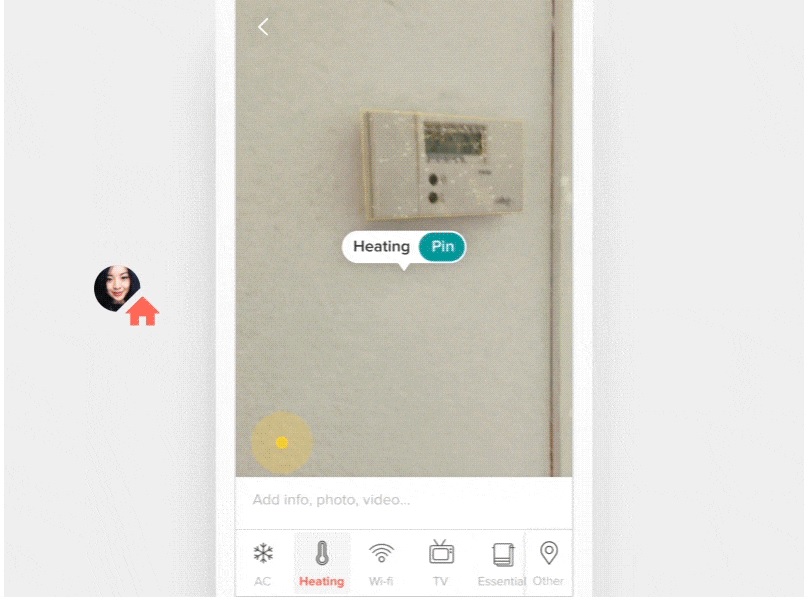 Often hosts leave little notes around the place to help guests figure things out. But that is too obvious and involves writing (when was the last time you wrote something). Plus there is only so much you can put in notes and they are visible to everyone. Airbnb AR Map Concept listed on Dribbble shows a smarter way around. Airbnb hosts can pin notes and media to specific places inside the house and the guests can consume that information using their smartphone. This way, it would be easier to explain how to set things around the house or where to find essentials without having to dig though the entire house.

Designer Isil Uzum writes about the concept that the camera would detect objects in view once the person stops walking and the detected object can then be selected and pinned to the AR Map of house. As the instructions are digital, it would also allow for them to be translated from any language to any language making it easier to overcome the language barriers. Of course this is just a concept at this point but puts light on a potential future we might see, particularly with Airbnb trying to turn things in favour of a more consistent experience for guests.

With a system like this, there is the question of how accurate it can be indoors. Apple claims that the Visual Inertial Odometry, which is camera sensor data and motion data together, allows for high degree of accuracy on ARKit without additional calibration. With ARKit, devices can analyse the scene and find horizontal planes like tables, floors and walls. More details about the concept can be found here.