From a mattress in an apartment to a $20 billion company, Airbnb has grown at a crazy pace and is termed as one of the biggest disruptors in travel industry. It is world’s largest accommodation company and is still experiencing strong growth all across the globe. On October 20, during the WIT Conference, Julian Persaud, Regional Director, APAC, Airbnb shared his views on the role of Asia in growth of Airbnb. Here are some pointers we picked from ‘Coffee with Julian Persaud’. 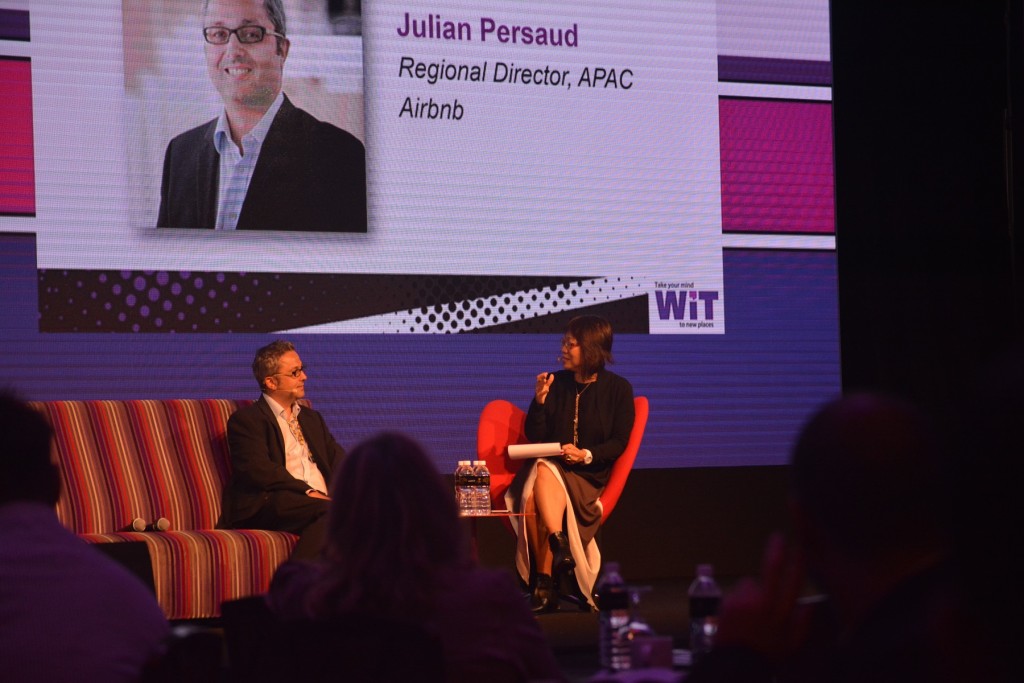 Key to success in China

Commenting on the growth the company in China, he said that one of the many reasons Airbnb picked up in China is because the modern Chinese travellers have a different state of mind. The trend has shifted from group travellers to independent travellers. Another contributor is the welcoming nature of hosts as most of them are older and don’t travel much anymore but appreciate young people coming to them and sharing their stories.

Persaud comes with years of experience of working with Google but when asked about the preferable advertising option, he stated that there is no bias towards Google. The marketing strategy includes a mix of different platforms and they favour whatever works best for them. Data science plays a very important role in the whole process to understand the impact of each channel. He also emphasised on the importance of innovative offline activities like they did in Korea by associating with Korean popstar G-dragon. Such activities drive word of mouth marketing and help a brand gain traction.

It was very obvious that the point will come up and Airbnb will be compared to the hotels. According to Persaud, Airbnb isn’t a substitute for hotels. Airbnb is more about experiences than just being a provider for accommodation. People prefer hotels for short stays and Airbnb for relatively longer stays but the line between the two is blurred.

Talking about Airbnb for Business, he said that 10% of the users are business travellers and most of them are people who have to stay for weeks. He said that they have a lot to learn from the hotels, especially the large hotel chains, on maintaining quality and being a better host.

During the conversation, he talked about many startups that have been built around Airbnb and similar businesses. There are startups that will help control the appliances remotely to reduce electricity wastage or clear the wardrobe for guests. Persaud expressed that it is great to see such innovations and while Airbnb isn’t investing in these startups, things might change in future.

Talking about the plans for Indian market, he said that Airbnb has a strong focus on India. Airbnb surely sees the local players like Stayzilla and TG Stays as strong competition but Julian said that competition is good as it prepares the market and they are still experimenting in India.

You can find all our other stories from TravelRave here.