The cruise industry is perhaps one of the biggest drivers of growth in the the travel and tourism industry, globally. While the sector has been flourishing immensely outside of India, Indians are slowly, but steadily warming up to cruise tourism as well.

Currently, India has a very small share of the world cruise tourism market, estimated at 23 million passengers in 2016. According to a study by consulting firms Bermello, Ajamil & Partners, EY and Finance for Cruise Destinations commissioned by the shipping ministry, some 120,000 Indians book a cruise each year. Statistics obtained from the Singapore Tourism Board indicate that a majority of India’s cruise tourists travel to Singapore.

The primary reason behind these numbers is lack of cruise infrastructure at key ports in the country. However, the government is addressing all issues concerned with the development of cruise shipping in the country such as creating port infrastructure, cruise terminals, providing financial incentives and reducing tax burdens, and establishing an institutional framework for holistic development of cruise shipping. 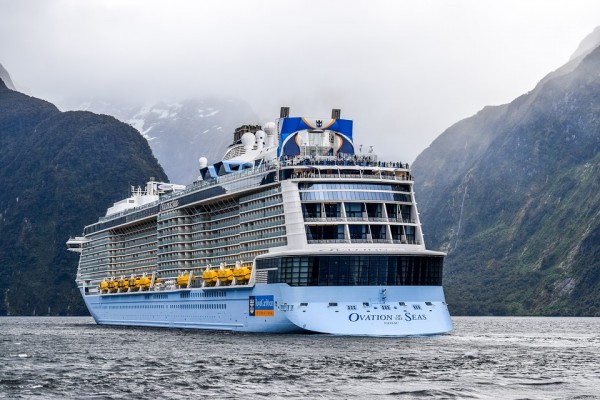 Cruise tourism has tremendous potential in India, if it is made more affordable and the availability of cruise services are enhanced. The millennial generation forms a huge pool of client base. India also has a tremendous geographical advantage and with its vast and beautiful coastline, undisturbed idyllic islands, and rich heritage, it can be a fabulous tourist destination for cruise tourists. With the Indian economy developing at a steady pace, the middle class and their disposable income is also growing, which provides an opportunity to boost leisure tourism on cruises. Additionally, the country provides travellers from across the world, more choices in terms of cruise routes other than the favoured Caribbean and Mediterranean destinations.

Much is already being done to promote cruise tourism in India. Ports in India are earmarking funds from their own resources for development of cruise-related Infrastructure. Dedicated cruise vessel facility is currently available at Chennai, New Mangalore, Kochi, Mumbai and VOC Port at Tuticorin, and cruise terminals are being developed at other ports like Murmagao and Kolkata. Initiatives such as a 30% rebate on all cruise vessel-related charges and a rise in the number of days a cruise ship can dock to three from one are also pushing growth of the sector.

The Union Minister of Shipping Nitin Gadkari recently announced that the government wanted to increase the number of cruise tourists from two lakh to 40 lakh in the next five years and turn the country into an international cruise destination. The minister said he hoped the number of tourist ships visiting the country would go up from the present 158 to 955 every year, adding that the the revenue benefit would shoot up to INR 35,500 crore in 2022 from the INR 712 crore generated in 2017.

The growth in the cruise industry will expectedly push infrastructure in port areas as better accommodation and transport facilities will have to be made available. This will not only boost the economy, but also bring this travel sector under much-needed limelight.