At the end of September this year, Chengdu has increased its total international air routes to a total of 124, keeping first place in the central and western regions, bringing great changes to the tourism market in southwestern China.

Mr Wang Min, Deputy Director-General of Chengdu Municipal Tourism Administration had made the above announcement during the official opening of the 7th Chengdu International Tourism Expo (CITE) 2019, held at the Century City New International Exhibition Center from 28 Nov to 30 Nov. 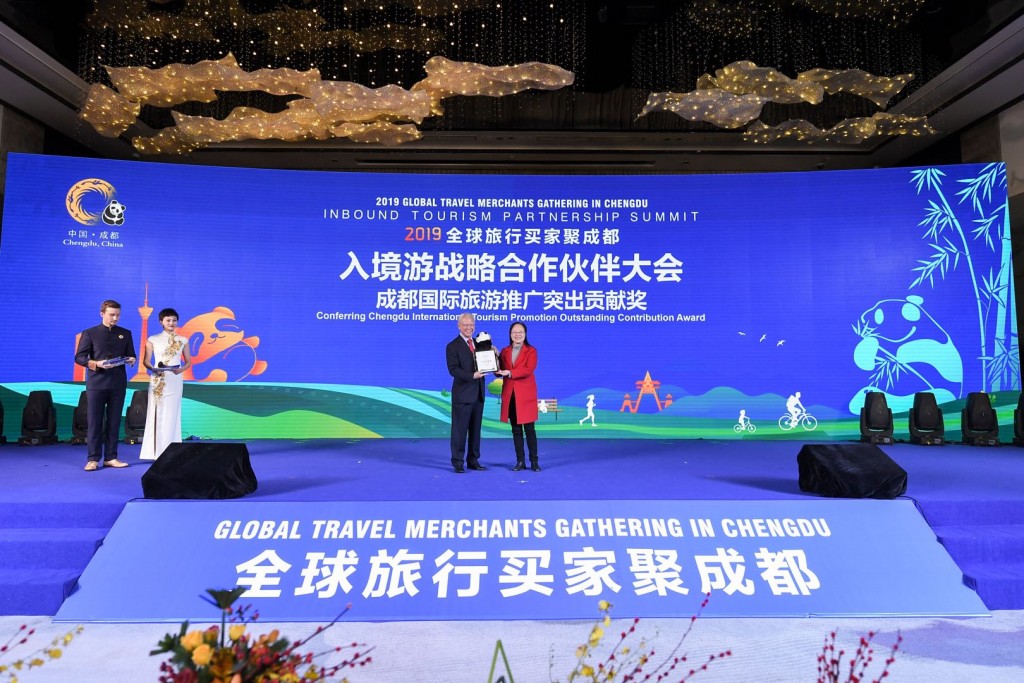 Apart from the Deputy Director of Chengdu Culture, Radio and TV, Press & Publication Bureau; division chief of Chengdu Municipal Bureau of Expositions and vice-chairman of Sichuan Provincial Tourism Association were also amongst those that graced the opening ceremony. Ms Vyskubova Nadejda, Vice-minister of the Ministry of Tourism of the Tver region; Mr Ashok
Kumar Jayapal, Secretary Tourism of GOA Tourism, Mr Alexi Gunasekara, Minister Commercial of Sri Lanka Embassy in Beijing, China and Mr Steven Pang, Consul General of the Republic of Singapore also attended the official opening. In addition, more than 30 media partners were in attendance as well.

After the opening ceremony, Mr. Edward Liu brought a group of VIPs to tour the exhibition and meet with the various exhibitors.
This year, CITE spread over a gross area of 8,000 square meters, with more than 500 exhibitors including global national tourism organizations, hotels, leading tour agencies, airlines and attractions from across 35 countries who have joined CITE 2019 with first-time exhibitors like Turkey, Goa, Russia etc. Moreover, almost 300 hosted buyers came from Sichuan and other provinces, and 5,000 trade visitors participated in CITE 2019

OYO’s ‘Raho Mast’ commercials are out, but do they impress?