The startup operates like a travel booking platform to allow holidaymakers to choose and secure their travel plans online. It also works with offline travel agents to help them offer services, such as tailoring a trip, to customers as they do when they walk into their offices in person. The company also offers a suite of back-office services designed for agencies to help bring them on to its platform and generate additional revenue. 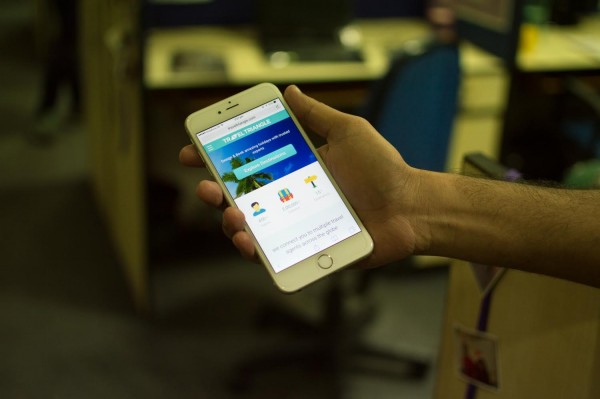 The deal also marks the first investment from Fundamentum, a new $100 million fund established by Nandan Nilekani, one of the co-founders and former CEO of $33 billion IT services giant Infosys, and Helion Ventures partner Sanjeev Aggarwal.

Existing investors SAIF Partners, Bessemer Venture Partners, RB investments and some angel investors also participated in the company’s Series C round.
In an interview to Economic Times, Nilekani said that Fundamentum evaluated more than 50 companies before deciding to back TravelTriangle, citing both the business opportunity in this segment as well as the team’s focus on frugality and unit economics.

“The Indian economy is going to become $6 trillion in ten years and there will be a huge middle class with spending power. The holiday travel market is going to grow very big,” Nilekani said.

“TravelTriangle has a unique approach of working with travel agents in a B2B2C model, which is not easy to replicate. What we also liked was the team is humble, open-minded and have a long-term vision,” he added. Ashish Kumar, partner at Fundamentum will join the TravelTriangle board.

Sankalp Agarwal, TravelTriangle’s CEO and one of three co-founders behind the business, mentioned that the money will be spent on product R&D, expanding to newer destinations as well as increasing brand visibility through marketing.

TravelTriangle closed a $10 million Series B in February 2017, and since then has seen its site traffic jump significantly from two million to 2.5 million per month. The startup has aggregated nearly 700 travel agents on its platform and services and services 60,000 customers for both international and domestic destinations.