Jeju Special Self-Governing Province, Korean Tourism Organisation, Jeju Tourism Organisation, Jeju Tourism Association and Jeju Convention & Visitors’ Bureau arrived in India to promote Jeju as a tourism destination to the Indian public. This is one of the steps they are taking to reach the huge tourism market of India. To facilitate the arrival of tourists to the island, they allow for visa free stay for upto 30 days.

Jeju province is one of the nine provinces of South Korea. Tourism commands a major part of Jeju’s economy and they are putting in efforts to further boost it by working with various brands and DMOs. During the visit to India, their delegates interacted with Indian media to educate more Indian travellers about Jeju.

Apart from a holiday destination, Jeju is also gaining popularity as a destination for international conferences and meetings because it offers an opportunity to relax & unwind along with business for the travellers. For such business conferences, they have an international convention center called ICC Jeju. It has played host to ASEAN-KOREA Commemorative Summit 2009 and many other international meetings. To promote more activities like meetings and exhibitions, the delegates from Jeju Tourism interacted with various MICE travel agencies during their India visit. 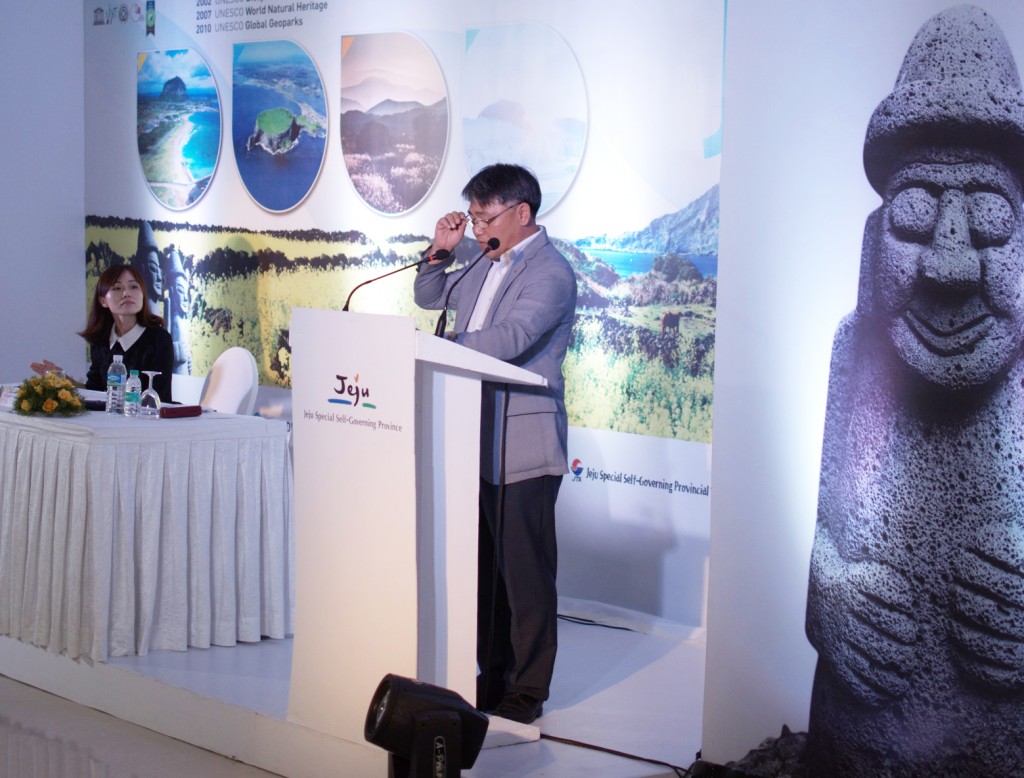 For leisure travellers, Jeju offers some really unique attractions like Manjanggul lava tubes, Sangumburi volcanic crater and Jeju Olle Trail. With their recent efforts to boost tourism, Jeju has seen a significant increase in number of travellers, especially from China. The joint efforts with other countries will help drive tourism from other counties as well.

They are actively adopting technology to help travellers and to overcome the language barriers, they have an interpreting solution app so that foreign tourists can communicate easily. This is a great step to ease the travellers’ experience at the destination considering the fact that now they are inviting travellers from various countries.

You can find more details about Jeju on their official website here.

If FlightCar comes to India, your car will earn while you’re on a vacation