Indians are now numero uno when it comes to being tech-savvy when travelling overseas. According to Expedia’s ‘2018 Global Flight and Hotel Etiquette’ survey, Indians are most likely to pay for in-flight Wi-Fi. The survey was conducted among 18,229 respondents from 23 countries, including the US and countries in Europe, South America and Asia Pacific, as per details shared with The Economic Times.

Indians may have just given the go-ahead for airlines to provide in-flight mobile connectivity, but they are clearly already ahead of the pack when it comes to tech in travel. Indians also ranked No.1 in engaging with airlines over social media about their travel experiences while at the airport, at the gate or on the plane (34%), listening to music or podcasts (72%) and No.2 for playing video games in flight (37%). Additionally, Indians are increasingly shifting to technology for services, such as online check-ins. As much as 67% Indians check in online (No.7 globally) while on mobile check-in, they are ranked No.1 at 18%. The country stood at the second spot, behind Thailand, for the number of people using the boarding pass on a mobile device (29%). Indians were ranked No.2 two for recording bad airline experiences on their smartphone cameras. 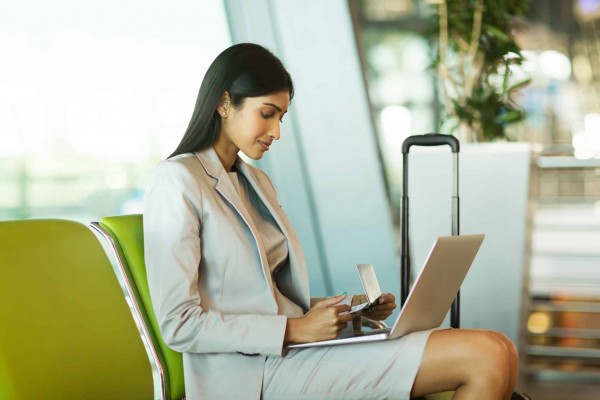 Much of this increase can be attributed to the decrease in hardware costs, and the resulting increase in mobile penetration across the country. Hot on heels of family and friend recommendations for travel planning comes travel-specific information on the Internet. In India, online information plays a significant role in both the “dreaming” and “planning” stages of the traveller’s path to purchase.

According to an Amadeus report, 17% of Indian leisure travellers used their smartphones for travel arrangements, while no less than 42% of Indian business travellers did so. This trend is not confined to the young. Some 7-8% of Indians over 65 used smartphones to make travel bookings!

So, what should be the game plan to engage these travellers? The obvious one is to make sure you are both digitally ready and well connected to the travel trade. It is also important that your content is mobile friendly. Indian travellers are comfortable with browsing on the Internet and with receiving and responding to mobile ads. Another important thing to note is to keep these ads either very simple or make it extremely engaging, or even both. The timing for placing these ads is also very crucial. Commute times in India are often long, so placing ads in front of people at commute times can be a good approach.

Like most people globally, Indians also judge brands by the speed with which their sites download. So make sure you know that your content can reach them quickly. This is true everywhere. However, in a country of one billion people, where most of your key users are in crowded locations, it becomes even more important. Similarly, make sure your users can find their way back to where they were when they found you. Never take them away from their starting point.

It’s a fascinating era to travel in, and as new technologies become commonplace in travel tech, they present a great opportunity for OTAs, airlines, hotels and other travel brands to ride this tide and engage more efficiently with their growing base of Indian customers.