Sabre Corporation launched a pilot programme of an AI-powered chatbot that leverages Microsoft’s Bot Framework and Microsoft Cognitive Services, a set of tools that organisations can use to add intelligent and conversational features to their applications. Sabre is initially piloting the chatbot with the travel agency Travel Services International USA (TSI) and the travellers they serve.

“We are excited to start pilot testing for the bot,” said Chad Callaghan, Head, Sabre Studios incubation team. “We believe the self-service convenience the bot offers will improve travellers’ ability to resolve routine support requests. At the same time, we are happy to help our travel agency customers ensure agents can focus on supporting more complex traveller requests. We will be interested to track how travellers learn about and interact with the bot,” Chad added. 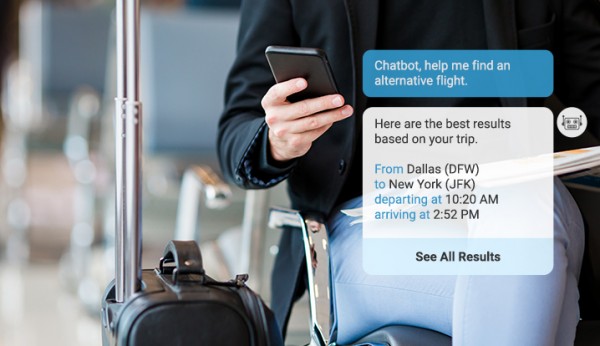 TSI will test a white-label version of the chatbot with their corporate travellers, who will access the chatbot via Facebook Messenger to address common service and support requests related to existing flight reservations. Using the bot, travellers will be able to ask trip-related questions, make voluntary changes to existing flight reservations, request a special meal, select and pay for a seat and request an emailed copy of an itinerary. The chatbot will divert to a live travel agent if it is unable to fulfill a request.

“We’ve named the TSI bot, Ella,” noted Claire LeBuhn, VP – Support Services, TSI USA. “Ella represents TSI’s heritage of innovation and commitment to exploring new technologies and tools that can help our corporate customers and their busy employees. Travellers can access Ella via the TSI app or directly from TSI’s Facebook page. Ella supports reservations originated by TSI. We are eager to understand how corporate travellers engage with Ella and the kinds of emerging conversational interfaces that she represents.”

Throughout the test, Sabre and TSI will evaluate travellers’ preferences for how often and when they engage the chatbot and when they are likely to divert to a live agent. The companies expect to gain a better understanding of the best way to engage travellers with chatbots and solve for some of the most common friction points associated with chatbots, such as how travellers will initially find the bot.

In developing the chatbot, Sabre is leveraging Microsoft Bot Framework and a selection of Microsoft Cognitive Services, including Language Understanding Intelligent Service (LUIS). LUIS provides simple tools to build language models that allow any application or bot to understand commands and act accordingly.

The Outlook Responsible Tourism Summit is back with its third edition